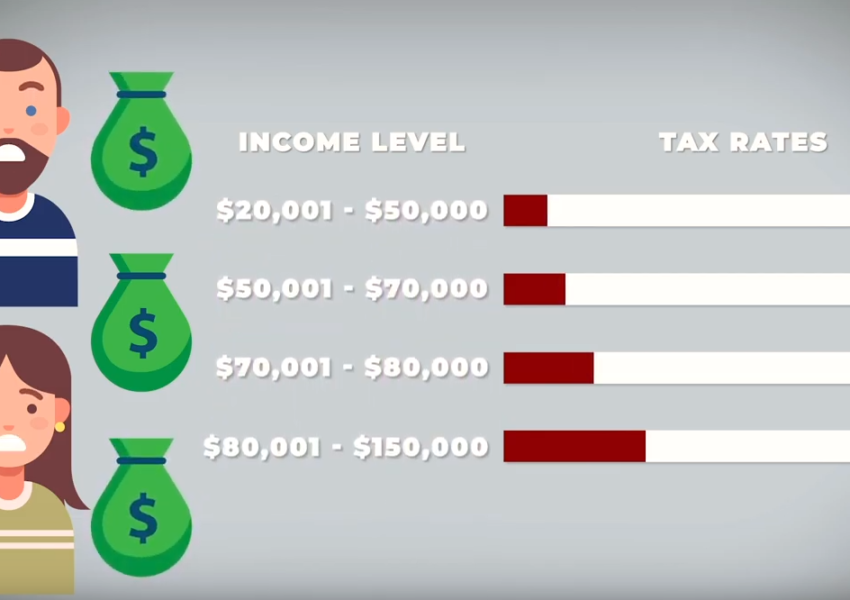 TRENTON, N.J. – Prospering in the Garden State gets harder by the year. The new minimum wage law is putting a strain on New Jersey businesses and government agencies.

Worse still? For many others a bit further up the income ladder, even relatively small raises can increase an individual’s state income tax rate by 200% thanks to New Jersey’s wacky tax laws. Trenton is penalizing hard work and success, making the social mobility climb all the steeper for thousands of families.

“When income tax brackets are very close together, pay raises push taxpayers into a higher bracket even though they really aren’t wealthy,” explained Assemblyman Anthony Bucco (R-25). “This can be costly for people and their families who rely on every dollar they earn.”

Bucco has a proposal on the table (A1399) to tackle the problem by indexing the New Jersey state income tax to the rate of inflation.

14 other states already do it. The federal government does it too, going back to 1986.

“New Jersey’s progressive brackets are actually reducing a person’s income over time when you factor in the cost of inflation. As incomes rise and people are forced to pay a higher rate, paying bills becomes harder and taxes just keep going up,” Bucco added. “Tying taxes to inflation is a vital reform to make New Jersey more affordable. Taxpayers have been waiting too long and need to be recognized as people, not a source of government revenue.”