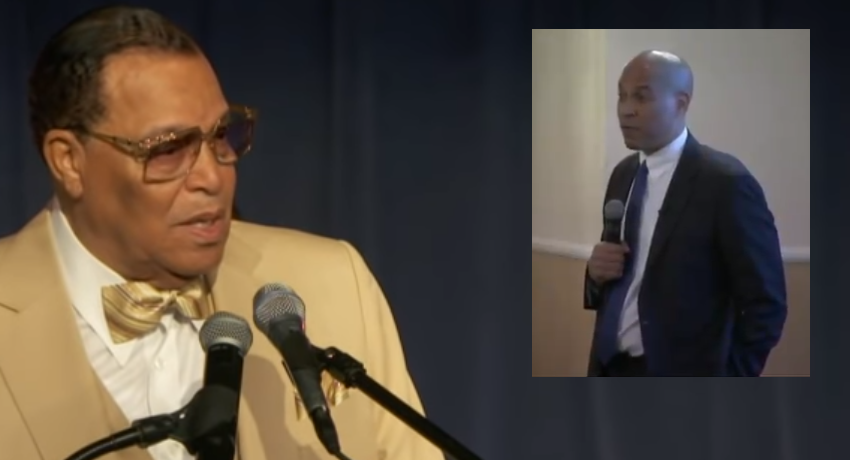 LAS VEGAS, NV – Cory Booker has led the charge accusing of Joe Biden of insensitivity for his remarks concerning working with segregationist U.S. senators in his early congressional career. A fake scandal to many, but for Booker it’s also a matter of hypocrisy.

This week, video surfaced of Booker at a Nevada campaign event expressing willingness to meet with (and listen to) notorious anti-Semite and anti-American madman Louis Farrakhan of the Nation of Islam.

“I live in Newark, so we have famous Mosque 25, we have Nation of Islam there,” Booker told the crowd in response to an audience question. “As mayor, I met with lots of folks talking to him. I have heard Minister Farrakhan’s speeches for a lot of my life, so I don’t feel like I need to do that, but I’m not one of these people that says I wouldn’t sit down with anybody to hear what they have to say.”

“But, I live in a neighborhood where I’m getting guys on the streets offering and selling his works. I am very familiar with Minister Louis Farrakhan and his beliefs and his values,” Booker added.

It’s unclear what Booker would like to discuss with Farrakhan in light of his hard-line position against segregationists.

“I’m not an anti-Semite. I’m anti-Termite,” Farrakhan tweeted in October 2018 in one of his many instances of rabid anti-Jewish sentiment.

WATCH: Democrat Cory Booker says he is “very familiar with” racist anti-Semite Louis Farrakhan’s “beliefs," has heard his “speeches for a lot of my life,” and would meet with him. pic.twitter.com/9ozEPUHLVf