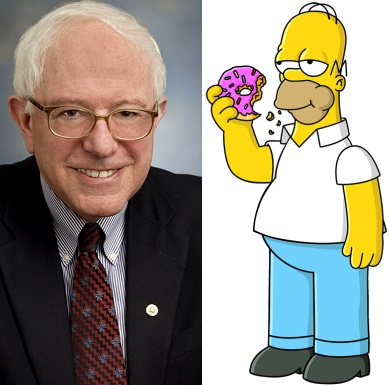 Primary season is officially underway for the 2020 presidential election, and it has been nothing short of astonishing. In their pursuit of a remedy to President Trump at any cost, the Democratic field continues to clumsily stumble further left into a realm of socialism that would scrap 250 years of American democratic ideals. It seems as though a new promise of free handouts is made every day to satiate the self-licking ice cream cone that has become the modern Democratic Party.

The party of Kennedy, which once mandated that it was our duty as Americans to put country before self, is nowhere to be found. It has been replaced by a party that seems to have more in common with Homer Simpson, whose tenure as Springfield’s Sanitation Commissioner in the aptly-named episode Trash of the Titans perfectly describes the cartoonish nature of what the American public is being required to endure. With the slogan “Can’t someone else do it?”, Simpson’s promise of free services that go well beyond the scope and means of government reduces Springfield to squalor and financial ruin. What was supposed to be satire mused by our favorite lovable cartoon idiot of the 1990s has now become the policy suite of one of the two major parties in the country that leads the free world.

Free medical care, free college, the Green New Deal, et cetera. Not a single one of these proposals can be financially sustained by taxing the wealthy alone. Inevitably, the middle class will eventually be forced to pay into these pandering social welfare Ponzi schemes. “Free” won’t be free anymore. “Can’t someone else do it?” No, they can’t. But you can, and you will. And therein lies the problem with “free”: it doesn’t exist, except on the campaign trail.

Despite this, I have no doubt that the Democrats will continue to promise voters the unpromisable. But for a party that uses the word “free” so cavalierly that one wonders if they even conceptually understand their own claims; the word “freedom” is conspicuously absent from their narrative. That’s because socialism and freedom are conflicting ideals that cannot coexist.

Socialism requires that individuals ignore the most basic human impulse of competition in favor of a society that tries to force a distorted and false version of equality. True equality is equality of creation. It is making sure every citizen starts the race at the same starting line. Equality in socialism is an equality of outcome. It is fixing the race to make sure everyone finishes at the same time. The former is what we must always aspire to as a great society. The latter is an untenable, wasteful farce that denies the human condition.

That is why every historical example of socialism has required some degree of subservience to a heavy-handed state. We could point to the USSR or China and that should be enough, but with Venezuela on the brink of collapse, the sample size only grows larger and more ominous. “But what about those Scandinavian countries?!” is a retort I can already hear from the Bernie camp. 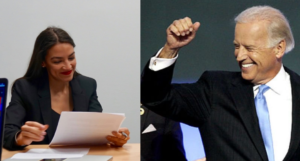 Finland’s government just recently collapsed in the wake of ballooning, unsustainable universal healthcare costs. The middle class in Denmark (normal people, not the millionaires and billionaires) pay outrageously oppressive taxes: if a Dane makes more than $55,000 per year, he or she owes the state more than 60% of his or her hard-earned wages. Bernie Sanders’s constant touting of Scandinavia as the ideal model for implementing socialism in a democracy tells us everything we need to know: socialism must be a pretty useless ideology if these are the best case scenarios he can come up with.

But this isn’t 2016, and we aren’t just talking about Bernie Sanders anymore. Every one of the two dozen Democrat candidates vying to be our Commander-in-Chief has chosen to pander to the radical left in some way. And this goes well beyond presidential hopefuls. In Congress, we have two flavors of progressivism among the democrats. On one hand, we have the wolves: Ocasio-Cortez, Omar, Tlaib, the list goes on. On the other hand, we have the sheep: people like New Jersey Congressman Josh Gottheimer, who disguises himself as moderate “problem solver” but does absolutely nothing to solve the problem of socialism infecting his party and the very institutions that make our country great.

When it comes to taking a stand for anything but his own political career, Gottheimer is Homer Simpson incarnate. “Cant someone else do it?” Come 2020, let’s hope so.