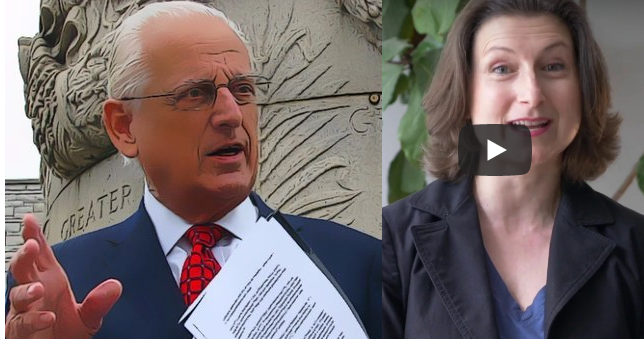 PATERSON, NJ – One of North Jersey’s veteran Democrat politicians is getting a primary challenge from the far-left next year, the latest sign that the Democrat Party’s hard-left turn isn’t slowing down.

“I am running for Congress because I can no longer sit on the sidelines while our Representatives fail to address issues critical to our well being and the future for our children,” environmental activist Zina Spezakis announced in a newly-released video. “I am running to boldly fight climate change, upend the status quo of inaction, and ensure a livable and just planet for future generations.”

In her announcement video, Spezakis explains that the revelation that “we only have about a decade left to save our planet” from climate change spurred her to enter the race.

Her “10 year” prediction puts Spezakis further to the ideological left (and out of sync with reality) than even some leading American socialists. For example, Green New Deal author Alexandria Ocasio-Cortez infamously declared the earth only had 12 years to stop climate change before backing off the claim, insisting she wasn’t being literal.