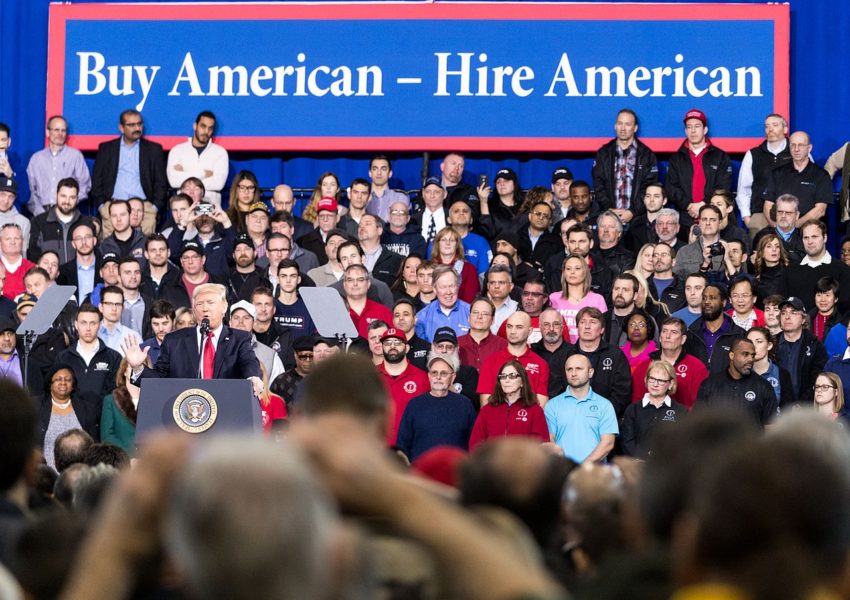 Joe Biden is making a real effort to run for President as a working class hero — but that role has already been filled by Donald Trump.

The putative Democratic frontrunner launched his campaign in a Pittsburgh Teamsters Union hall, preaching a populist gospel and proclaiming, “I am a union man, period.”

Rebuilding the “New Deal coalition” of union workers, urban liberals, and rural populists is the obvious goal, as it has been for Democratic politicians ever since the Reagan Revolution broke their party’s stranglehold on power.

The problem with Biden’s plan is that that coalition of the great American center no longer exists. The modern Democratic Party is an uneasy alliance between wealthy coastal elites and the “woke” grievance stew of identity groups and campus activists.

Biden himself recognizes this, focusing less on the actual needs and priorities of working Americans than on low-brow, fear-mongering about “white nationalism” in his campaign rollout video.

Meanwhile, the real American working class already has its candidate for 2020: Donald Trump.

It is the vast swath of Middle America — the Trump base that Biden desperately wants to break into — who suffer most from the cheap labor provided by the uncontrolled illegal immigration that liberals demand, yet are locked out of collecting the handouts and subsidies that the elites use to buy the acquiescence of their coalition of the fringes.

Biden’s belief that he can bring the men and women that his Party neglected for so long back into the Democratic fold is based in large part on his perceived appeal to one rapidly shrinking pillar of the old New Deal Coalition: organized labor. But under any serious examination, that appeal rings hollow. 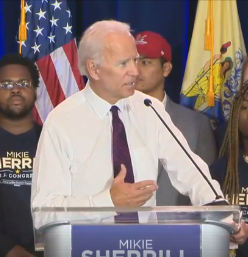 It is not to the decimated ranks of America’s once-powerful private sector unions that Biden appeals, but to the still-strong cadre of union administrators who have, on the backs of their members, bought their way into the executive suite of the new Democrat coalition.

That much is clear from the meltdown taking place within the only union to formally endorse Biden’s bid so far, the International Association of Fire Fighters (IAFF). After the IAFF’s leadership threw their organization’s weight behind Biden, huge numbers of their 300,000 members took to social media in protest.

President Trump had a field day on Twitter, retweeting dozens of disaffected fire fighters who, under last year’s Janus v. AFSCME decision, are no longer forced to subsidize a union that works against their political preferences.

The rollout of Biden’s “pro-labor” sleight of hand in Pittsburgh didn’t go any better for the former vice president. As one pro-union site quickly uncovered, Biden was hosting a high-dollar fundraiser with none other than Steven Cozen, the chairman of a law firm that specializes in union-busting and employer lockouts, just days before the Democratic candidate appeared before the Teamsters alongside the President of the United Steelworkers union to kick off his campaign.

This apparent irony shouldn’t surprise anyone. The contemporary Democratic coalition has far more in common with the hated Pinkertons than with Samuel Gompers and the movement that came to represent the great mass of Middle American labor in the 20th century.

There’s a reason that for the entire golden age of private-sector labor unions, those unions were among the strongest voices calling for restrictive and strictly-enforced immigration laws. Unlimited or permissive immigration lowers wages, especially in the sectors once dominated by unions, pure and simple.

In recent decades, American unions came to be dominated by the public sector as unionization rates plummeted among private sector workers, and the remaining private unions increasingly represent low-wage, unskilled, immigrant-reliant workforces. It was only then that union leaders made an about face and endorsed the open borders orthodoxy demanded by the Democrat donor class.

Rank-and-file union members and workers in the manufacturing industries that were once the lifeblood of organized labor in America are not falling for the bait and switch. They recognize that their livelihoods don’t stand to benefit from Joe Biden’s minimum wage promises and thinly-veiled attacks on immigration enforcement with his “white nationalism” boogeyman bludgeon.

Notice, for instance, that the very same unions whose leaders Biden is courting are digging in against the excesses of the “Green New Deal.” Those union leaders know that, like the rest of the radical Democrat agenda, it threatens the gains that Donald Trump’s trade and immigration policies have already delivered for their members, including the lowest unemployment rate in half a century and the fastest manufacturing wage growth in more than a decade.

As Joe Biden angles to be American labor’s candidate, he’s setting himself up for a rude awakening: workers already have a champion in President Trump.

Douglas A. Macgregor is a U.S. Army Colonel (retired), author, and consultant

Douglas A. Macgregor is a U.S. Army Colonel (retired), author, and consultant. Read Full
More posts by the Author »