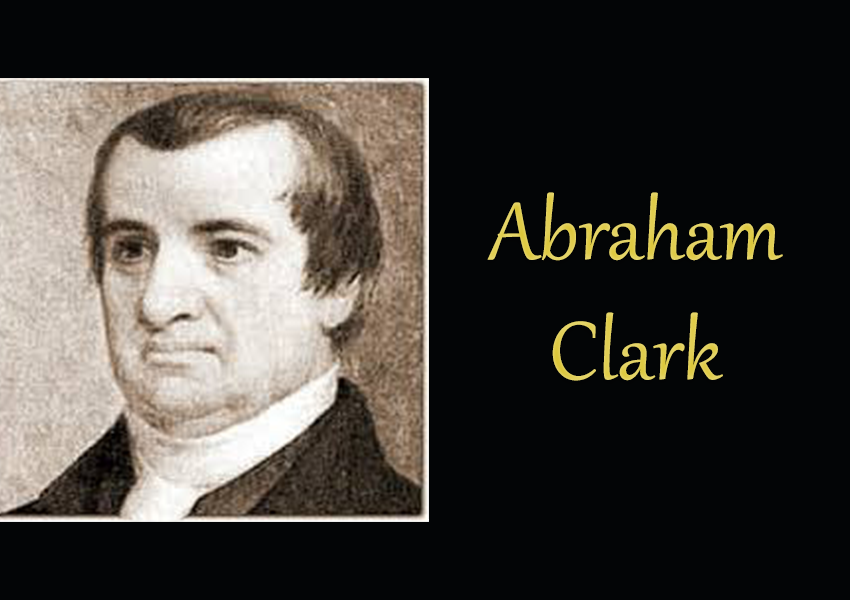 We’re going to honor each of New Jersey’s five signatories to the Declaration of Independence this year, Save Jerseyans, between now and the Fourth of July.

Why? These brave men aren’t as popular as they used to be in a modern American culture that values “wokeness” and political correctness more than historical accuracy. If you watched five minutes of the recent Democrat debates, then you now know (if you were in denial before) that the American Dream is in greater jeopardy than at any time since the Republic’s early hours. Heightened peril makes sharing the talented, intrepid and inspired founding generation’s stories widely, loudly and proudly more important than ever before. I’m sure you agree! That’s why you’re here.

They really were so much more than the stereotype of ‘rich, white slaveholders’ strutting about in powdered wigs and colonial attire. They were farmers, scholars, lawyers, philanthropists, inventors, heroes, fathers, husbands, and yes, many of them sacrificed everything to secure the improbable dream of defeating the world’s greatest empire to establish a foothold for liberty in the New World.

He was a nice guy by all accounts. Smart, too. A native of Elizabethtown, New Jersey (now known simply as “Elizabeth”) and raised in what is now Roselle, Clark tutored himself in the law while working his day job as a surveyor. As a practicing attorney, he garnered a reputation as “the poor man’s councilor” since he routinely represented the destitute (including poor New Jersey farmers) who couldn’t pay for legal representation.

Clark eventually married, had ten (!) kids, and served a series of colonial public positions including a stint as “High Sheriff of Essex County.”

Something you may not know: as late as early 1776, New Jersey’s Continental Congress delegation OPPOSED independence. The Garden State was truly the crossroads of the American Revolution not only in terms of army movements but also public opinion. Eventually, following a dramatic state-level debate (and the exile and jailing of New Jersey Royal Governor William Franklin, the son of Ben Franklin), a new delegation was selected with a decidedly different view on the British Crown and its treatment of the Thirteen Colonies. Clark was selected for the new squad due to his vocally pro-independence opinions as well as his strong reputation as a skilled public servant.

On June 28, 1776, he entered Philadelphia along with fellow New Jersey delegates John Hart, Francis Hopkinson, Richard Stockton, and John Witherspoon. The rest as they say is history.

The Revolution wasn’t a fairy tale. Not by a long shot, and the Clark family suffered its fair share of drama and heart ache. Two of the ten Clark children joined the Continental Army and, after being captured and imprisoned on the H.M.S. Jersey, the young men were badly mistreated and tortured due to their infamous Declaration-signing father’s treason. Clark eventually did the hardest thing that could possibly asked of a parent: he stood his ground and refused to recant signing the Declaration even when the British said doing so would result in his sons’ release.

Abraham Clark survived the war and lived until 1794 when, at the age of 68, he died of sunstroke at his Roselle family farm. In the intervening period between the war’s end and his passing, Clark continued to remain active in national, state and local politics but persistent ill health forced him to skip the Constitutional Convention.

Clark Township, New Jersey is named after him (as is Abraham Clark High School in Roselle).

If you want to pay your respects, his remains are interred at the Rahway Cemetery in Rahway, New Jersey.