The top N.J. GOP primaries to watch on Tuesday 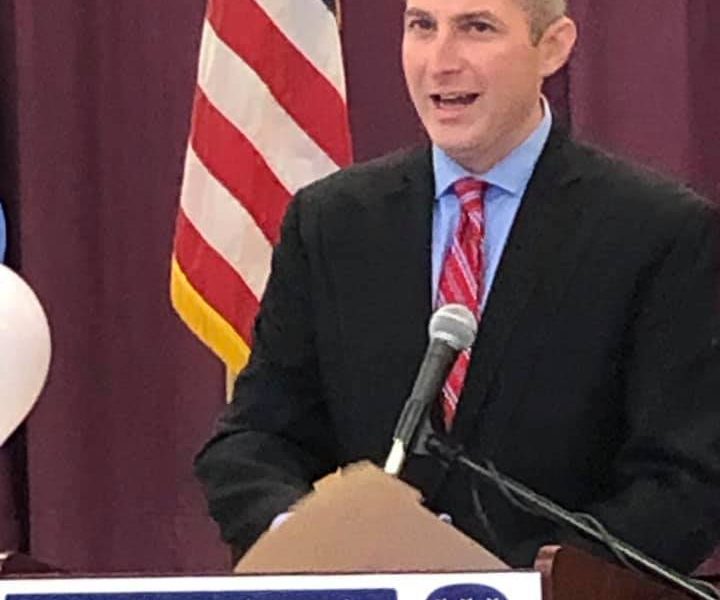 There’s plenty to watch for this evening, but if you’re a Republican voter, there are a few hot spots of particular interest:

There are only three truly competitive GOP legislative primaries this year; down in South Jersey, it’s a four-way battle between incumbent Assemblymen Ryan Peters and Joe Howarth, retired Sheriff Jean Stanfield and attorney Jason Huf. Howarth, running a “MAGA” campaign after previously criticizing the GOP president, has been cast out by the party establishment for allegedly trying to defect to the Democrat Party along with turncoat state Senator Dawn Addiego. Peters and Stanfield are running as a team. Huf is the odd man out but a low-turnout model could make things interesting. The outcome is critical not only to the direction of the Layton-less Burlington GOP but also the state-wide map since LD8, populated by anti-Trump Philly suburban towns like Evesham, is a top tier Democrat pick up target this November.

Incumbent Michael Patrick Carroll is tired of Trenton and running for Morris County Surrogate instead. His decision created a contest to run with Assemblyman Anthony Bucco in a county without a line. There are three options for GOP LD25 voters: ex-Frelinghuysen aide Aura Kenny Dunn, Denville Councilman Brian Bergen and attorney John Barbarula. This district isn’t as high up Democrats’ pick up list as LD8 but it’s definitely on there after Mikie Sherrill carried the county in last fall’s NJ-11 race.

Mark Caliguire, Christine Madrid, and Roger Locandro are battling for the right to take on the Democrats in one of the state’s few “split” districts (with two Democrat Assemblymen and a Republican State Senator, Kip Bateman).

A war for three three-year seats pits incumbents Douglas Cabana, Kathy DeFillippo and Thomas Mastrangelo against challengers Donald Dinsmore, William Felegi and Catherine Winterfield. It’s been nasty, with the incumbents dinging Dinsmore’s ticket for alleged procedural missteps (and a mysterious consultant) and the challengers accusing the incumbents of poor stewardship (on Election Eve, they even played the Murphy card).

Incumbent Mayor Dan Hayes and Council President Matthew Moench are fighting it out in an expensive, hyper-personal race that has become a proxy battle of sorts for the influence of Somerset GOP Chairman Al Gaburo (who Moench has openly accused of aiding his opponent, and Gaburo has returned fire). Councilwoman Christine Henderson Rose and Meena Arvind are aligned with Hayes; Moench teamed up with Michael Kirsh and Tim Ring. It could be close. Over-development is a big issue with Bridgewater voters.

The mayoral battle in the Jersey Shore’s most populous community is a three-way fight: it’s former Ocean County Prosecutor Joseph Coronato vs. Councilman and retired Admiral Maurice “Mo” Hill vs. Councilman Daniel Rodrick. Each has their own teams. Coronato is the “establishment” favorite while Roderick and Hill are each trying to lay claim to the outsider label; many observers think they could end up splitting the vote. “Fake news” papers, formal council rebukes, and the ever-present specter of dethroned Ocean GOP Chairman George Gilmore are keeping things spicy right through the end.

The Mercer County GOP endorsed the incumbent Mayor Kelly Yaede’s primary opponent David Henderson. The rift is real and growing. A recent nationally-covered dog shelter scandal only added fuel to the fire. She’s still the front runner (outgoing Councilwoman Ileana Schirmer passed on the race; Schirmer could’ve made it competitive), but divisions inside Yaede’s own party could be an ominous sign of things to come in the future.