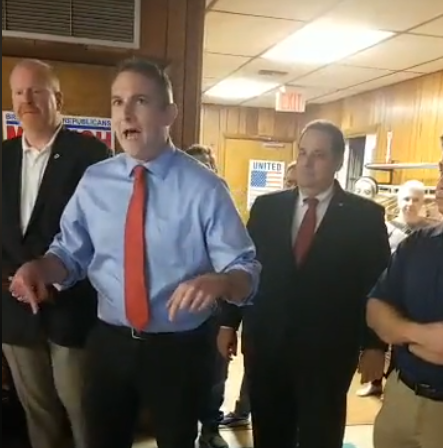 BRIDGEWATER, NJ – The Republican incumbent backed by the Gaburo-led county GOP organization fell short tonight in Bridgewater, Save Jerseyans, as young gun Council President Matt Moench overcame Mayor Dan Hayes and appeared to have his running mates Michael Kirsh and Tim Ring right along with him.

Hayes reportedly conceded well before 9 p.m. according to source on the ground; Moench led by a 2-to-1 margin in the early returns.