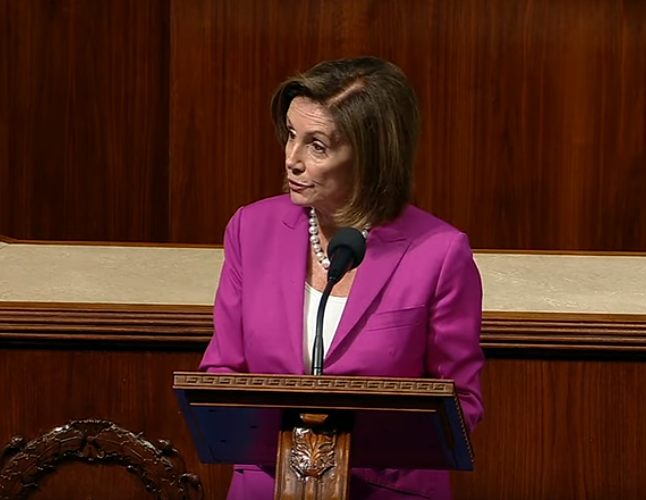 WASHINGTON, D.C.- It was pandemonium on the floor of the U.S. House of Representatives on Tuesday night, Save Jerseyans, when Speaker Nancy Pelosi broke chamber rules and called Donald Trump a “racist” in her speech supporting a resolution denouncing the president’s Omar Ilhan tweets.

Her party voted with her along with the New Jersey Democrat delegation.

To let Pelosi keep talking? Democrats voted to override the rules set down in Thomas Jefferson’s own 1801 rule book.

And oh, this happened beforehand:

So here's the video of Rep. Emanuel Cleaver abruptly tossing the gavel onto the dais and announcing "I abandon the chair." pic.twitter.com/XBbmLJk97U

Pelosi was subsequently ruled out of order by the House parliamentarian before the vote to let Pelosi keep talking.

“The words used by the gentlewoman from California contained an accusation of racist behavior on the part of the President,” House Majority Leader Steny Hoyer explained. “The words should not be used in debate.”

Every Democrat member of the N.J. House Delegation voted to override the rules (by voting against the motion to “to Strike Words from the Record”) including 2020 battleground incumbent Jeff Van Drew (D-1), Andy Kim (D-3), Josh Gottheimer (D-5), Tom Malinowski (D-7), and Mikie Sherrill (D-11). Of that group, only Malinowski has thus far formally joined the movement to impeach Trump.