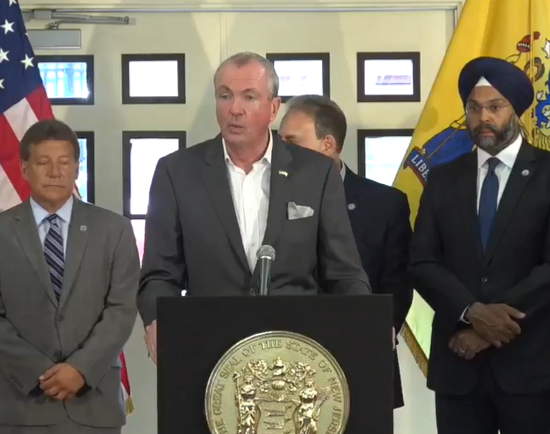 The Left’s preferred narrative is confusing as all hell these days, Save Jerseyans. Try to follow along at your own risk.

For example: they hate federal tax reform because of the SALT deduction cap (and it was Trump’s, of course), and they’re constantly telling us that fairness dictates the rich should pay more in taxes, but based upon brand new data from the IRS, Americans’ tax liability dropped for every income group in 2018 EXCEPT for those earning $1 million+ annually. This data supports H&R Block’s earlier initial finding that, contrary to Democrats’ talking points, New Jersey’s net tax liability dropped in tax year 2018.

To summarize: tax reform only “hurt” a handful of people, and they’re almost uniformly very wealthy.

We get why this news presents a practical, political problem for blue states like New Jersey where Democrat leaders want to have their cake and eat it, too. Ideologically? The $10,000 SALT cap accomplished exactly what they’re typically arguing for! Murphy spent months demanding the inclusion of a higher state millionaire’s tax in the FY202 budget. He wanted to take the current rate on income between $1 million and $5 million up to 10.75% (it’s currently 8.97%). The Democrat legislature – concerned about upcoming Assembly elections – didn’t go for it.

Why is he opposed to the feds shaking down millionaires? When he wants Trenton to do the same?

It. Makes. No. Sense. Not if you’re looking for honesty and logical consistency.

The political imperative reigns, of course, so Governor Phil Murphy and his Attorney General Gurbir Grewal struck out in front of the cameras today to double-down on their now-debunked argument and announced a SALT-themed lawsuit against the Internal Revenue Service (IRS):

Murphy is targeting the IRS because, back in the June, the agency (predictably) put the kibosh on a ‘charitable workaround’ scheme to circumvent the SALT cap.

The lawsuit is a PR stunt. It will cost money. Our money. Murphy’s only other property tax idea to date has been what amounts to a $125 per property owner credit. He’s throwing stuff up against the wall, hoping it sticks, because that’s easier than (1) admitting he was wrong and/or (2) actually doing something to lower taxes in the Garden State.

Sometimes admitting you were wrong is the only way forward, Mr. Governor.

Taxpayers in all 21 New Jersey counties will continue to be denied the FULL benefit of federal tax reform until you are man enough to admit fault and get busy seriously tackling New Jersey’s SALT burden. Remember: the ‘cap’ wouldn’t matter if our taxes here at home were even just normative let alone ‘low.’