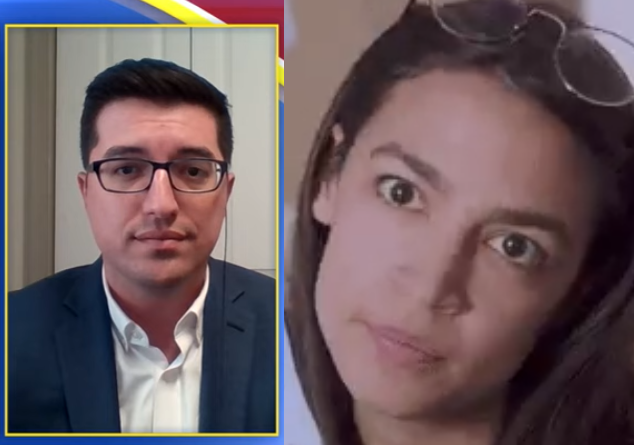 TRENTON, N.J. – Congresswoman Alexandria Ocasio-Cortez and Senate Majority Leader Mitch McConnell were at war this week, first over gun control in the wake of two mass shootings and then again after a viral image of teenage McConnell supporters making inappropriate gestures towards an AOC cardboard cutout.

Save Jersey‘s own Matt Rooney was back on the Chasing News A+ Panel this Tuesday to put these latest high-profile political scraps into perspective.

“How can we expect teenagers to behave like adults when we have adults in D.C. that behave like teenagers?” said Rooney who was personally attacked by Ocasio-Cortez and her Twitter troll army last December. “It’s the best way to describe what’s going on right now in our culture. AOC actually doesn’t work. She trolls Twitter looking for people to pick on. Here in New Jersey we have Cory Booker talking about how he’d love to punch the President. There are adults doing dangerous, stupid things that are much more concerning than what a bunch of teenagers are doing with a cutout.”