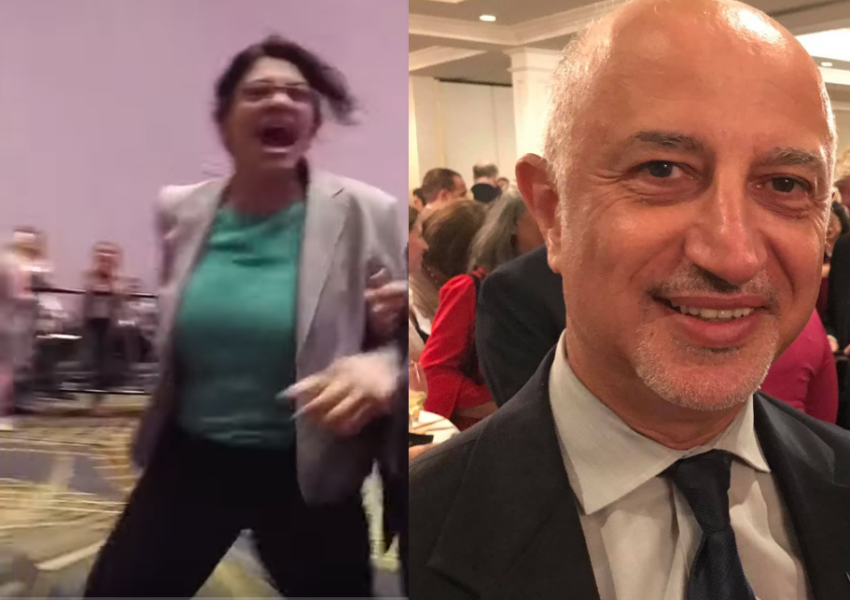 On Tuesday, September 3, 2019, the campaign of Republican Montvale Mayor Mike Ghassali – a Syrian born American – will hold a fundraiser in Michigan’s 13th district represented by Democrat Rashida Tlaib, a Palestinian American and one of the four ‘Squad’ members in the U.S. House of Representatives. Tlaib was recently barred from entry into the state of Israel owing to her violently anti-Israeli views. News of Ghassali’s fundraiser was first reported by Empire State News.

He insists it’s an invitation from one Arab American to another to rethink the United States’s foreign policy priorities.

“Cool heads always prevail and 71 years of wars and conflict can end if both sides recognize each other’s right to exist and to actually attempt at giving peace a chance,” said Ghassali in a statement to Save Jersey. “I think Tlaib has an amazing opportunity to use her position to bring the two sides together, and use diplomacy rather than hurtful rhetoric.” 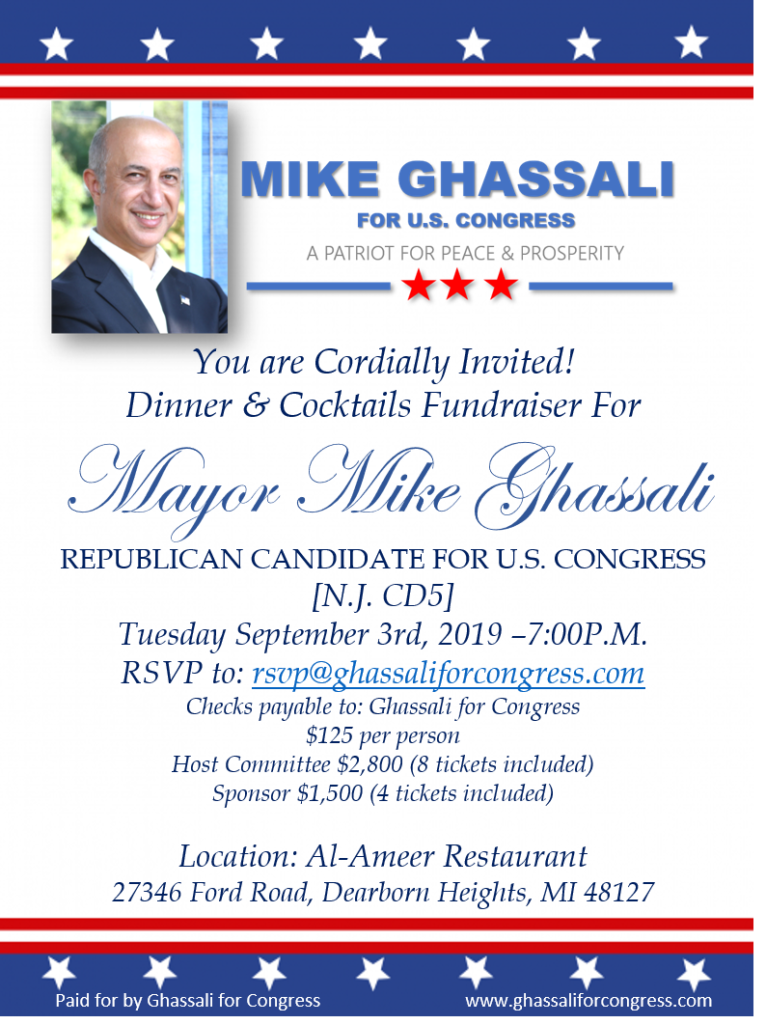 Ghassali has also called for compromise to resolve the Israeli-Palestinian conflict.

His arch primary rival believes the rationale behind the Dearborn Heights fundraiser is badly flawed.

“I am loathe to question another fellow Republican, but I feel strongly about speaking out about this,” said Frank Pallotta in his own statement shared with Save Jersey. “I am concerned about the ‘compromises’ Mayor Ghassali would demand of Israel in his plan. Israel is surrounded by enemies who wish to destroy them. They endure acts of terrorism almost daily. What more do they have to give for peace? Moreover, I was surprised to not see the Mayor mention the virulent anti-Semitism by some on the left when discussing this issue. We all want peace, but I’m not willing to sell out one of our greatest allies to just to appease the left.”

Israel has been back in the international headlines over the past few days as the Jewish state used drones to strike Iranian operations around the Middle East.

New Jersey’s 5th District is represented by two-term Democrat Congressman Josh Gottheimer who defeated long-time Republican representative Scott Garrett in 2016. The swing district targeted by the NRCC this cycle spans multiple counties and much of Northern New Jersey. Ghassali and Pallotta are jockeying (alongside 2018 nominee John McCann) for the GOP nomination.