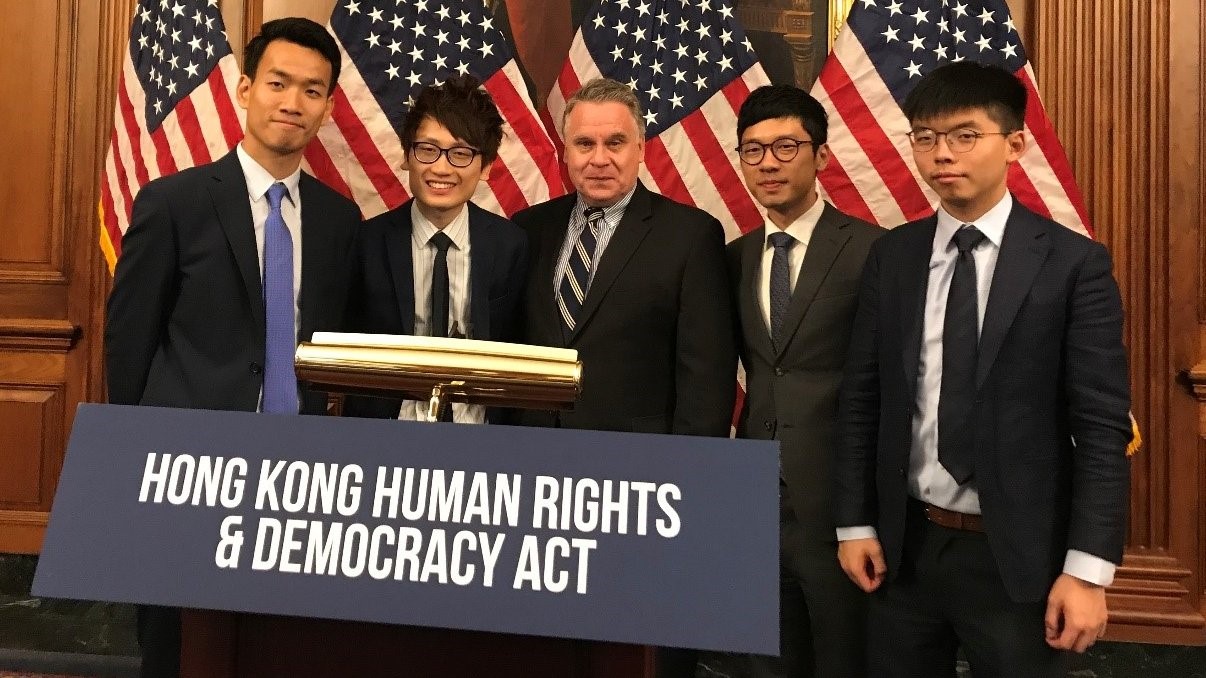 During the mark up process, Smith described the new act — which would amend the US-Hong Kong Policy Act of 1992 – as increasingly important in light of the escalating conflict between Hong Kong protesters and the Chinese mainland-based government.

The legislation enjoys an unusual level of bipartisan support on Capitol Hill, but it’s trajectory has been complicated.

“Five years ago, I first introduced the Hong Kong Human Rights and Democracy Act with my then-China Commission Cochair Senator Sherrod Brown,” explained Smith. “The bill allowed for more flexible and robust U.S. responses to the steady erosion of Hong Kong’s autonomy and human rights. Over the years, Senator Rubio and I upgraded the bill to reflect the kidnapping of booksellers, the disqualification of elected lawmakers, and the political prosecutions of Joshua Wong, Nathan Law, Benny Tai and others.”

“However, every time we pushed for passage there was opposition from diplomats, experts, committee Chairs, and the American Chamber of Commerce in Hong Kong. This time, however, is different,” Smith added. “The situation on the ground in Hong Kong is different, and there is a growing realization that for a free and autonomous Hong Kong, the hour is very late. Thus lead Democratic co-sponsor Jim McGovern and I introduced the Hong Kong Human Rights and Democracy Act with a renewed sense of urgency.”

Among other aggressive mandates, the current bill would require the United States to sanction Chinese officials deemed to be subverting Hong Kong residents’ liberties.

The proposed law is therefore very controversial at home in foreign policy circles and deeply unpopular with the trade war-battered Chinese government in Beijing which is already paranoid were U.S. intervention in Hong Kong in concerned.