11 Things You Must ALWAYS Remember About 9/11 | Cirucci 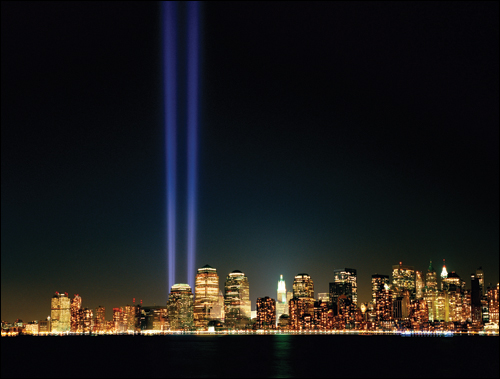 It’s sad but true: As the years go by, September 11 will recede from memory.

People who were alive on 9/11/01 will pass away. And those born years from now will have to rely on the stories and recollections of others or whatever winds up in the history books.

Given that secondary recollections are not always reliable and considering that history books have been sanitized by political correctness, we all need to begin to embrace a core set of 9/11 truths now — things that we need to remember and pass on to future generations.

With that in mind, here (in no particular order) are 11 things you need to remember about September 11:

1) September 11 is better termed an atrocity than a tragedy. When you hear people refer to the events of that day as “tragic,” correct them. Tell them what happened was a planned, premeditated attack — atrocious, unconscionable and unforgivable.

2) The attack of September 11 was an affront to all human sensibility. The attack was an act of pure evil. And yes — there is evil in the world.

3) Those who attacked our nation on September 11 want to annihilate all of us and destroy our very way of life. They are still active and their goals have not changed.

4) Those who attacked America were and are cowards. They hide from others; they operate in darkness or under disguise; they run and they plan their dastardly acts in secret.

5) The victims of September 11 are not martyrs. Rather, they are heroes. They were innocent people living everyday lives and pursuing everyday dreams. To the extent they were able to, they struggled to survive and reached out to help others.

6) The heroic first responders who rushed in to help on that day and beyond exemplify the pinnacle of bravery, honor and self sacrifice. They are patriots.

7) In the words of President George W. Bush: “Whether we bring our enemies to justice or justice to our enemies, justice will be done.” This must remain our goal and our mission from September 11, onward.

8) September 11 constituted the worst attack ever ever perpetrated on American soil by a foreign enemy. It was unprecedented.

9) The loss, the anguish, the horror of September 11 lives on among the survivors and among the families and friends of the victims. The suffering has not ended. Lives were forever changed that day.

10) Spirituality was, is and will always be a part of our response as Americans to that infamous day. Your steadfast commitment to honor the solemn memory of September 11, to seek justice and to comfort those who still suffer must be accompanied by prayer and reflection. Remember. Reaffirm. Resolve.

11) And here’s one more thing: Those who cower in the face of our enemies (or the enemies of our allies) and those who retreat and seem all too willing to make a deal with the world’s thugs, murderers, terrorists and sponsors of terror — they are dishonoring the memory of all those who perished on September 11.