The myth of Barack Obama’s universal popularity is exactly that, Save Jerseyans: a myth. He was one of (if not THE) most divisive presidents in U.S. history, at least until Donald Trump burst onto the scene at 1600 Pennsylvania Avenue.

What’s unique about Trump isn’t so much his unpopularity – at least relative to his predecessor – but the fact that Hollywood/the Media are united and OPEN in their opposition to him. Study after study have conclusively shown that what we see on television is overwhelmingly negative where Trump is concerned (even far worse than what Dubya endured). It has the cumulative effect of distorting the public’s perception of how other Americans feel about the Republican Commander-In-Chief.

Interestingly enough? If you turn off the television and look at the numbers? Trump just wrapped up a seven day period through September 18th with a higher average approval rating than Barack Obama at the same point in our former Democrat president’s own tenure. Newsweek reported on it, and they acknowledged that it wasn’t just Rasmussen saying it; Trump’s polling victory came right off of the RCP average. 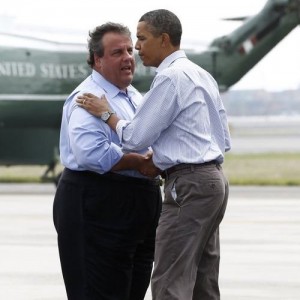 No, this doesn’t mean Trump is cruising to reelection. Barack Obama didn’t cruise to reelection; he might’ve lost were it not for Superstorm Sandy, another fact often forgotten or distorted by history. Trump’s Rust Belt-propelled victory boils down to tens of thousands of votes spread over a handful of states with Democrat governors (like Pennsylvania, where he carried the Keystone State’s 20 electoral votes by under 45,000 votes).

What it does mean: these crazy polls showing Trump losing to Democrats by wide margins in purple states he carried in 2016 should be viewed with extreme skepticism at this stage. Especially since the Democrats are having a ton of trouble coalescing around a standard bearer.

The national head-to-head polls were fairly predictably of the national popular vote result in 2016. Until we have them? Or there’s a dramatic swing in or against the President’s favor? Ho hum. Ignore them and go about your day.