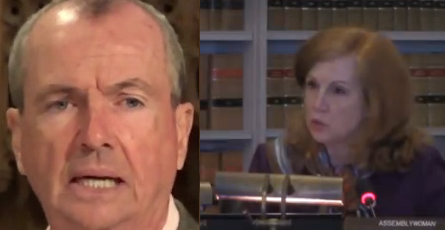 WESTFIELD, N.J. – It’s not all too surprising that transportation issues are dominating the debate in New Jersey’s 21st Legislative District down the home-stretch. The commuter district dominated by some of North Jersey’s densest suburbs, and the presence of three tickets on the November ballot is only serving to amplify the discord.

Incumbent Republican Assemblywoman Nancy Munoz took square aim at NJ Transit this week after it was revealed that the troubled transit organization’s CEO benefits from a controversial farmland tax exemption. The Murphy Administration hit back directly in a statement to New Jersey Globe, accusing Munoz of standing back as Chris Christie cut NJ Transit funding.

Meanwhile, the self-styled Independent Conservatives Assembly ticket of Martin Marks of Cranford and Harris Pappas of Springfield struck out against a new Democrat plan to raid the Transportation Trust Fund to help rehab Wildwood’s boardwalk.

Marks and Pappas insist that the Republican incumbents are part of the problem.

“It is troubling that Bramnick and Munoz have remained curiously quiet regarding this plan to shift taxpayer funds earmarked for road repair to boardwalk repair.  Perhaps their silence is due to the fact that they were duped into supporting the unprecedentedly high gas tax increase for a paltry reduction in our sales tax—-which not too surprisingly has already been proposed to roll back to its original level,” argued Pappas. “It is time for Bramnick and Munoz to not only stand up to this outrageous proposal to raid the Trust Fund, but also to admit that the 185% increase in our gas tax was a mistake to begin with.  When elected to the Assembly, Martin Marks and I will make the roll back of this gas tax rate a top priority.”