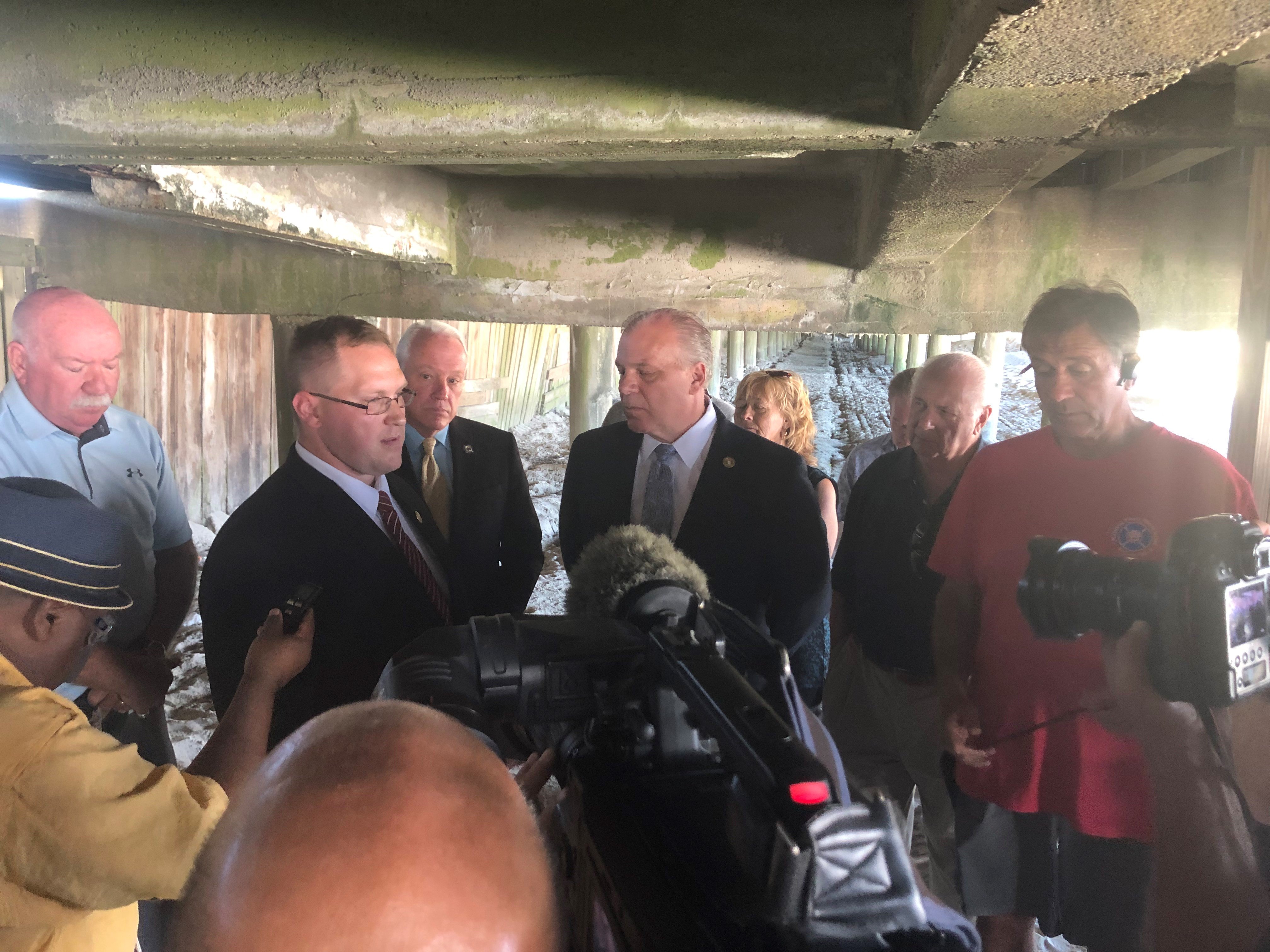 Yes, Save Jerseyans. Being right about this stuff ALL OF THE TIME gets old.

I’m referring to how screwed up New Jersey’s 2016 gas tax fix was at the time and remains today.

We warned that the pathetically-tiny corresponding sales tax cut – offered to make the gas tax hike seem more palatable – could be reversed by Democrats. Sure enough, Murphy tried to do just that last year.

We warned that tying future automatic increases to consumption would lead to regular hikes. And it has.

Democrats are trying to raid the “trust” fund.

Background: Wildwood’s legendary seaside boardwalk, home of the tram car, is in shit shape. That’s undeniable. Governor Murphy recently vetoed an appropriation favored by the legislature to help fix it. That’s a political problem for South Jersey Democrats who have done precious little to help South Jersey’s tourism dollar-producing beach communities despite having completely control of the LD1 (Cape May, Cumberland, Atlantic) legislative district seats. Democrat incumbents Bob Andrzejczak, Bruce Land, Matt Milam are on the ballot this year and may need to answer for it.

Enter Senate President Steve Sweeney, Murphy’s arch-rival in the Democrat Party. He’s also the legislature’s top Democrat and the Norcross Machine’s viceroy for South Jersey legislative campaigns. Keeping Senate Andrzejczak and his Assembly running mates in their seats is a top priority for Sweeney; the Andrzejczak squad is facing a fight for their political lives thanks to the hard-charging Republican ticket of Mike Testa, Antwan McClellan and Erik Simonsen.

Sweeney dropped in on Wildwood this Tuesday and pitched an unorthodox plan: raiding the Transportation Trust Fund (TTF) to pay for the boardwalk’s repairs and upgrades:

This is bigger than the boardwalk, the people of Wildwood rely on the revenue brought in by visitors to their beach and their boardwalk. It is crucial to their livelihood that they have the money to make these repairs. pic.twitter.com/9vECspkSUV

Sweeney’s plan is exactly the sort of behavior which put the TTF in danger in the first place. Sweeney, Christie, and the rest of the Trenton cabal tricked voters – again.

Testa, who is the GOP’s state senate nominee, didn’t hold back or mince words in reacting to Sweeney’s scam.

“The liberal Trenton Democrats are absolutely shameless,” said Testa. “They slashed millions of dollars in school funding to Cape May County schools, while voting to spend millions more on college tuition for illegal immigrants. Then the Trenton Democrats said they couldn’t find $4 million for Wildwood Boardwalk repairs, despite increasing state spending by $4 billion on pork barrel spending mostly in North Jersey. Now their solution to screwing South Jersey the first time is to try and fix it by raiding the Transportation Trust Fund? What a joke. This isn’t a plan by Senator Sweeney, it’s a campaign photo-op to try and save his struggling incumbent Senator who can’t defend the failed radical liberal agenda coming out of Trenton.”

New Jersey voters passed on their opportunity to punish the gas tax majority in 2017 and 2019.

LD1 voters can begin to rectify their crime of omission by hitting the Trenton crowd where it hurts most this November by electing the Testa Team.