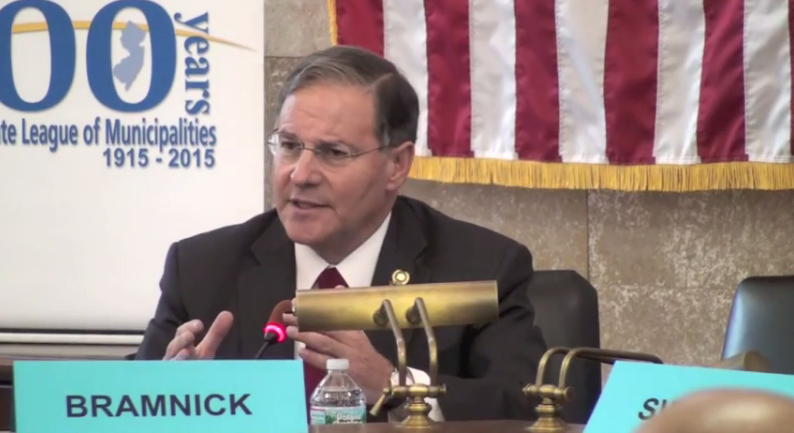 WESTFIELD, N.J. – The New Jersey Assembly’s top Republican is making no secret about his decidedly pro-gun control orientation heading into the fall elections.

According to a source in the district, the campaign of Assembly GOP Minority Leader Jon Bramnick (R-Westfield) recently sent out a mailer to Democrat-inclusive universe of voters in his battleground 21st Legislative District (encompassing portions of Union, Somerset and Morris counties). In the mailer, Bramnick trumpets his support of strong gun control legislation and his “F” rating from the National Rifle Association (NRA).

LD21 is now a majority-Democrat district by voter registration despite years of Republican representation in the state legislature, and Democrats are licking their chops at the prospect of seizing both seats in November.

In 2017, Bramnick’s incumbent running mate Nancy Munoz was reelected by only 1,554 votes. Bramnick and Munoz are running separate campaigns in 2019; Bramnick just went up with his first solo television spot of the cycle highlighting his opposition to high density housing and higher taxes.

Further complicating matters for Bramnick and Munoz in 2019 is an independent conservative Assembly slate consisting of Martin Marks (Cranford) and Harris Pappas (Springfield). Marks and Pappas are openly campaigning with the goal of punishing the incumbent Republicans for failing to support President Trump. Consequently, Bramnick may be calculating that he can’t scrape by without support for a healthy contingent of LD21’s Democrat voters.

Bucking his party’s fealty to the Second Amendment isn’t Bramnick’s only recent run-in with the party’s conservative wing.

Democrats are fielding the team of Stacey Gunderman and Lisa Mandelblatt in LD21 this year. The district’s two seats are among the six (including LD8 and LD25) New Jersey Dems hope to pick up this year.