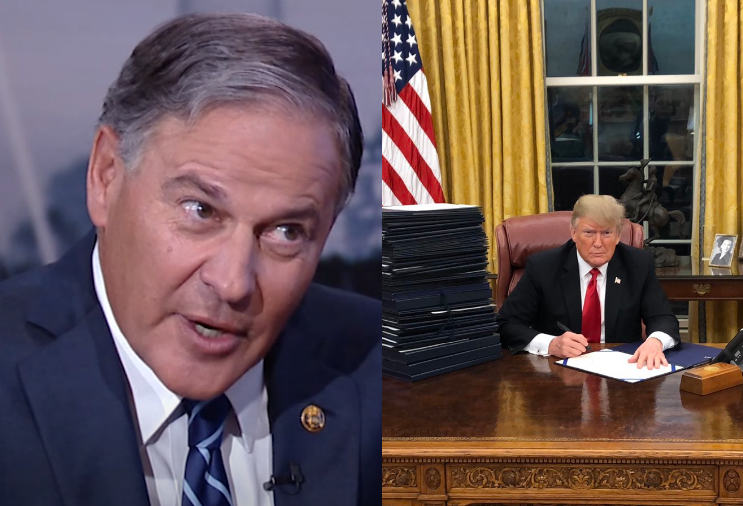 NEWARK, N.J. — If you need proof that the state Republican movement is in tatters, Save Jerseyans, look no further than an NJTV interview segment with Assembly Minority Leader Jon Bramnick (R-21) which aired on Saturday’s On the Record with Michael Aron.

“When people organize because they dislike Trump so much, that organizes people on the local level and on the county level,” Bramnick told Aron. “They’ve done a really good job taking out Republicans, and a lot of it is based on his personality and his abrasiveness.”

Declaring that he’s a unabashed “moderate,” Bramnick also pushed back against NJGOP Chairman Doug Steinhardt’s recent criticism of Bramnick’s ‘Rally the Reasonable’ approach to Republican branding. Bramnick further complained that Trump is the reason why New Jersey Republican arguments ‘can’t be heard’ notwithstanding the fact that the state party has been hemorrhaging legislative seats for years prior to Trump’s presidential tenure.

Republicans haven’t controlled the General Assembly since January 2002. The Assembly GOP caucus is currently at its lowest membership level since Watergate.

You can watch the full video of Bramnick’s interview here.

Meanwhile, President Trump is set to address the nation on Tuesday evening on the subject of border security amid an ongoing government shutdown.