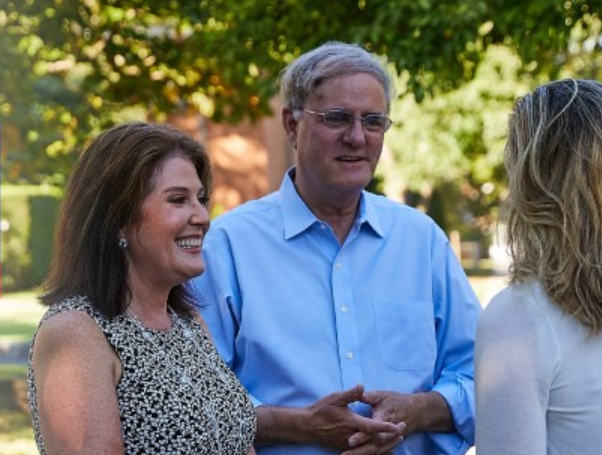 The residents of the 39th Legislative District have a clear choice to make on Tuesday, November 5, 2019. Assemblywoman Holly Schepisi and Assemblyman Bob Auth represent 23 towns throughout northern Bergen and Passaic counties. I support Bob and Holly for re-election because their fiscally responsible agenda for the Garden State is needed now more than ever before.

Bob and Holly do not support raising any taxes. They want a balanced budget (money does not grow on trees, we should never spend more than we take in), and they want a fairer school funding formula to help bring more dollars back to District 39 classrooms. This state is in a fiscal crisis. Bob and Holly have also been working hard to stop over development in local municipalities such as Mahwah and Emerson as a way of preventing our property taxes from rising even higher. In regards to recuperating revenue, Bob and Holly support having the first state government audit since the administration of Tom Kean, Sr. in the late 1980’s. Auditing Trenton is another way we can lower property taxes, and help fund NJ Transit and the teacher pension crisis.

Governor Phil Murphy and his allies have increased the latest budget by $447 million. Who pays for this increase? You, the taxpayer. The Democrats have controlled the New Jersey Legislature for nearly two decades and have passed over 100 tax increases, including their new signature achievement, the “rain tax.” New Jersey already has the highest property taxes in the country. Being dead last in nearly every category, we have some of the highest sales taxes, gas taxes, and income taxes in the nation and Phil Murphy wants to raise them even more ($1.3 billion).

Democratic challengers John Birkner and Gerald Falatico are part of the Phil Murphy/Cory Booker machine. Residents are leaving the state at a high volume due to the tax unfairness they have created. The economic burden will be placed on the middle class and working poor. Property taxes in Westwood rose $4 million under Birkner’s watch as Mayor, and Falatico voted to raise property taxes in Emerson by $300,000 as a Councilman. Government wage mandates are replacing people with technology, thus killing entry level jobs.

Murphy and his Attorney General have instructed all 21 county sheriffs to not comply with Immigration and Customs Enforcement (ICE). In addition to the large cost which will be passed to the citizens, establishing a sanctuary state is beyond dangerous, morally wrong, and it violates federal statute; putting us in jeopardy of losing federal funding. At the League of Women’s debate, John Birkner made an assertion that “no one wants a sanctuary state.” But then again, his entire party, including the radical democrats who recruited them to run for Assembly have created a sanctuary state. Birkner and Falatico realize that the 39th District leans Republican, so they will flip sides and say anything to get elected.

Holly Schepisi and Bob Auth are highly respected public servants who are known for passing legislation in Trenton with strong bipartisan support and for collaborating with local officials to solve problems. Having been endorsed by numerous local organizations and groups, Bob and Holly have earned the respect of so many. You can always find them at any kind of community event because they want to hear your concerns- not the ones of dark money special interest groups and the Trenton elite.

Please vote to re-elect Holly Schepisi and Bob Auth for State Assembly on Tuesday, November 5. Vote Column 1 in Bergen County and Row B in Passaic County.