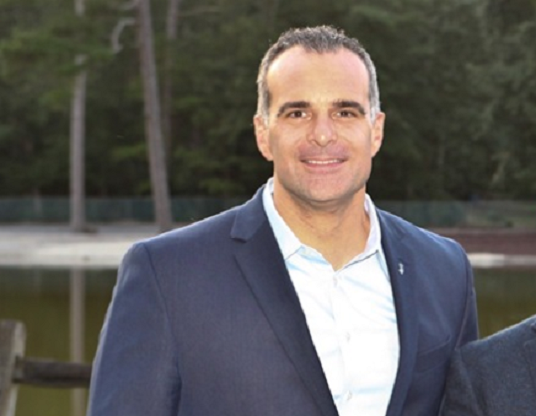 Here are the details from the Galloway Police Department’s Facebook page:

“Galloway Township Mayor Anthony Coppola Jr. observed a male matching the suspect from the burglary of his restaurant Fred and Ethels the evening prior. The suspect, George Dean Jr. had stolen master keys to several businesses in the Smithville section and returned to commit a 2nd burglary when staff alerted the Mayor to the suspect’s attempt at the back door. Mayor Coppola exited the business and chased after Dean on foot while calling 9-1-1 and advising police dispatchers of his location. Mayor Coppola flushed the suspect directly into police custody down the road where he was found to be wearing the same “Loser” embroidered jacket he had on in the surveillance footage from the Burglary the night prior. The keys to businesses were recovered on his person and no injuries resulted from the arrest. Dean was also found to be responsible for the Spirit Gas Station burglary the weekend prior. The Galloway Police are very grateful to Mayor Coppola and his swift reaction to notify 9-1-1 and his tenacity to chase a criminal down in the middle of the night. His brave actions have no doubt saved the police and other local business from a pre-holiday crime spree. We do not expect citizens to put their lives in danger. Thankfully this was a good ending for all involved.”