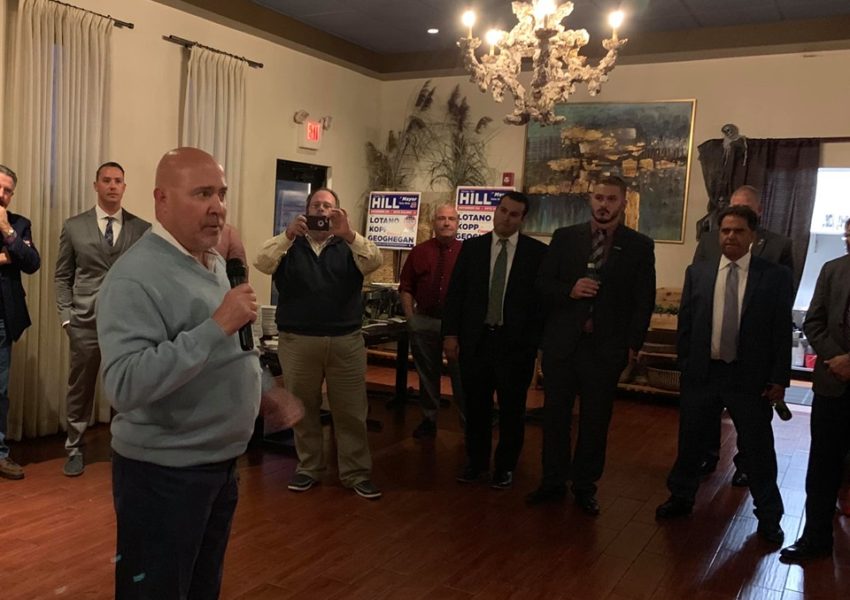 The event to benefit Mo Hill for Mayor and Lotano, Kopp and Geoghegan for Toms River Council was co-hosted by Ocean County Republican Chairman Frank Holman.

MacArthur served two terms in Congress before losing a tight reelection battle in 2018 to Democrat Andy Kim. The margin of loss was around one percent.

Meanwhile, outside of the restaurant, the Republican team launched a legal broadside directly at their Democrat opponents.

“My opponent and his Democratic organizers have acted illegally in their attempts to deceive Toms River voters and to further divide the community over a sensitive issue for their own political and financial gain,” said Councilman Hill. “This type of conduct has no place in Toms River politics.”

According to the allegations lodged by Hill’s attorney, Toms River Democratic leader Ryan Protter “surreptitiously rented a mailbox at a UPS Store under the name of a nonexistent entity for the purposes of causing illegal campaign literature to be distributed to residents of Toms River for that was intended to solicit votes” for the benefit of Petro.