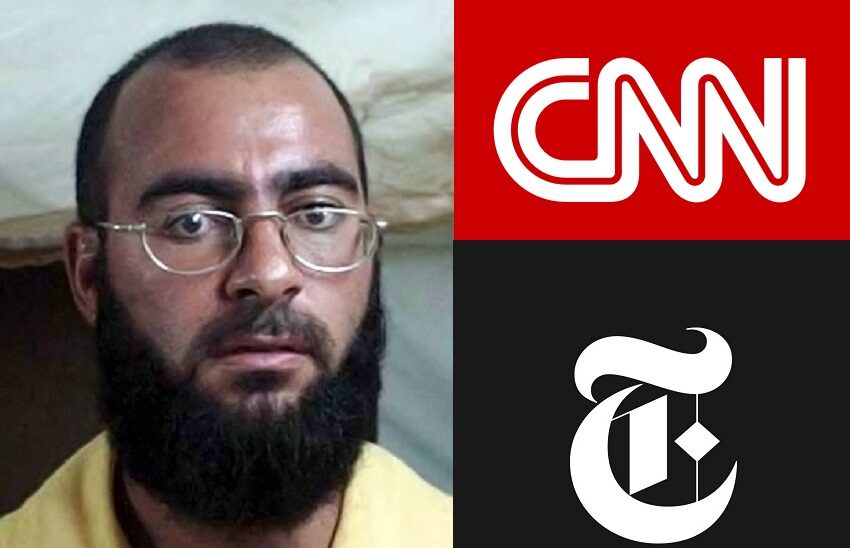 How much do President Trump’s enemies hate him, Save Jerseyans?

Enough that they’re furious with the Trumpster for – in their opinion – embellishing the details of of Abu Bakr al-Baghdadi’s death. Specifically, they’re pissed that Trump said the notorious ISIS leader died “whimpering” and “screaming and crying.” I’m not kidding! The New York Times even published a story claiming Trump’s details are an invention.

One CNN personality (Brian Stelter, a real mouth breather) had a level one shit-fit over it this weekend:

All the available evidence indicates that Trump invented his claims about al-Baghdadi “whimpering” and “crying.” We shouldn’t get used to this… pic.twitter.com/YlsNKPCsTi

Who gives a shit? They’re missing the larger point (as per usual). ISIS recruits its foot soldiers promising eternal, manly glory. Dying in a blaze of glory – and taking a ton of infidels with you, in the name of Allah – is an attractive option to thousands of warped young men living in hopeless parts of the world.

If it gets around that ISIS’s top dog died like a scared little bitch? That’s an unhelpful fact for terrorist recruitment, and that’s good news for ISIS’s enemies (consisting of most of the civilized world).

If the Media contradicts the Trump Administration? For the sake of scoring a cheap shot, without adding anything substantive to the story? ISIS benefits.

Which part of this painfully simple dynamic does the NYT/CNN not understand?

The real issue, of course, isn’t comprehension but willful blindness. They hate POTUS so much that they can’t see the forest through the trees. The Mainstream Media is also radicalized in its own way (as evidenced by The Washington Post‘s decision to salute al-Baghdadi as an ‘austere religious scholar’).

If Trump “lied”? And embellished al-Baghdadi’s demise? It wasn’t for personal gain. It wasn’t for some nefarious purpose. It was a tactic employed to hurt a brutal, ugly, awful enemy with which we remain in conflict.

The Left can’t come up for breath long enough to respect U.S. efforts to discredit a bad dude and prevent him from being hailed as a martyr and recruitment tool. Think about that. That’s who these people are today. Lincoln and Roosevelt had their scraps with the media to be sure, but this is something altogether different. It’s aid and comfort to the enemy. Active assistance.