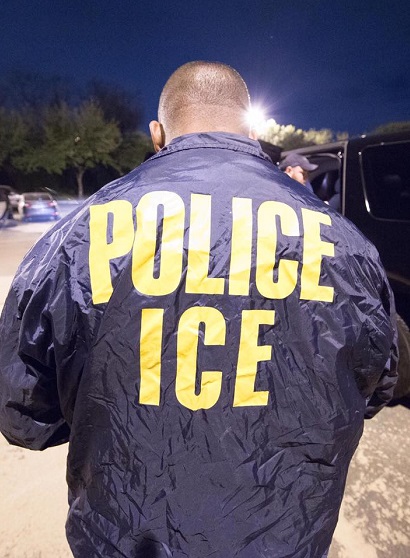 Anthony Cheedie of Jersey City, Joseph Ciaccio of Hillsdale, Joseph Minetto of Washington, Joseph Depaola of Hillsdal, Derrek Larkin of Elmwood Park, and Mattie Cirilo of Elmwood Park were among the ten defendants charged in the multi-layered scheme which HSI officials said had the effect of “destroying the lives” of victims.

Details of the complex scheme – which included the sale of fraudulent business services and debt consolidation services to a pool of victims many of whom were over the age of 70 – can be viewed here.

The arrests and ensuing indictment highlight both a major criminal justice challenge in addition to ICE’s multi-faceted role in the American law enforcement community.

“Those charged in this investigation are purported to have taken advantage of our aging population by posing as telemarketers. This criminal organization strategically gave false promises to continue their swindle and get as much money as possible while destroying the lives of their victims” said Peter C. Fitzhugh, a special agent who leads HSI New York. “HSI will not stand by while the elderly, or anyone else, are defrauded out of their hard earned money. HSI and our law enforcement partners will continue to investigate and arrest those responsible to end their telemarketing scams. Today, these individuals are done making calls unless they are calling their lawyer.”

“As alleged, these 10 defendants, motivated by greed and the possibility of a quick payday, aggressively targeted the elderly and other vulnerable victims throughout the United States by convincing them to invest their money in various businesses, and then scammed those victims again after pushing them deep into debt. In reality, allegedly these so-called opportunities were just fraudulent schemes to steal victims’ money, and the so-called ‘debt relief’ only further abused the trust innocent victims placed in the defendants. Now, the defendants face time in prison for their alleged crimes,” added Manhattan U.S. Attorney Geoffrey S. Berman.

Telemarketing scams targeting the elderly remain a growth area for criminals. Some criminal schemes have separated targeted groups of senior citizens from millions of dollars.

The El Dorado Task Force‘s operational base is in the New York/New Jersey metro area, and the organization focuses on identifying and attacking vulnerabilities in the U.S. financial sector as well as educating private institutions to prevent future fraud.