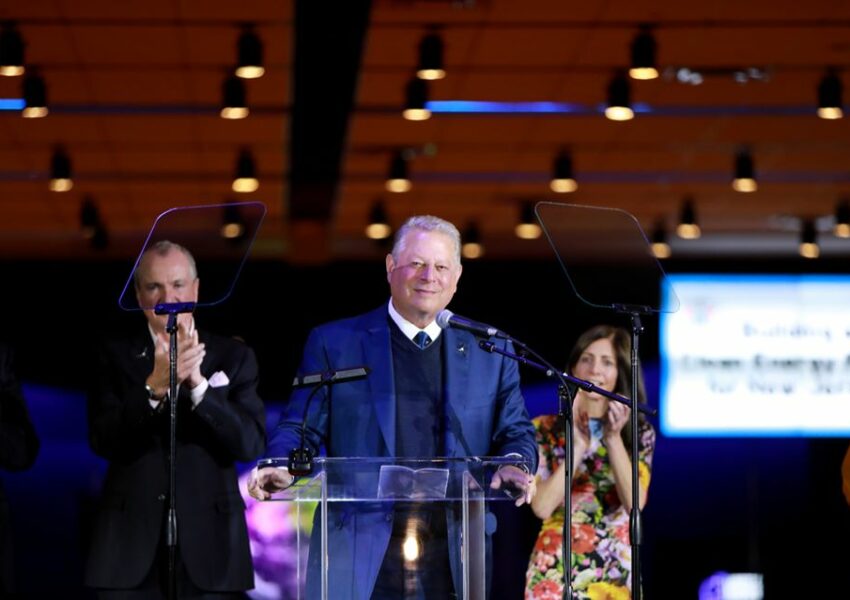 I’ve written extensively about how wind energy is really just a bunch of hot hair, Save Jerseyans. The financial math (and undisputed science) simply don’t add up.

But that wasn’t even the most offensive part of this week’s Phil Murphy-Al Gore press availability at the Liberty Science Center in Jersey City. As is his habit, the former Vice President double-down on hyperbole to make his point about the urgent need for renewable, sustainable sources of energy.

“This is Pearl Harbor. This is Midway. This is the Battle of Bulge. This is 9/11,” Gore croaked. “We have to rise to this challenge. We have to change.”

It’s a helluva thing to say anywhere, let alone when you’re standing in the shadow of the place where 746 New Jerseyans lost their lives on September 11, 2001. Offensive! Obnoxious. And also a huge part of the climate debate problem. Gore and a small army of climate change hysterics have made wild predictions over the years; the former Clinton veep infamously declared in 2006 that we’d all be too far gone in 2016 but, sure enough, we’re all still here. Hysterics and hyperbole are making it HARDER to unite Americans around sensible, reasonable, not-economy-crippling solutions to balance the needs of civilization with the needs of our planet.

Case in point: how about coupling some “green” initiatives with a plan to expand our state’s decaying nuclear infrastructure? Most sane environmentalists now agree that this much-maligned energy source is one of our cleanest options that (this is the key) is actually currently available with modern technology.

How about we create a better tax climate for New Jersey businesses? Rather than penalize their consumers with carbon taxes?

There are ways forward worth discussing which don’t involve everyone giving up their combustion engines for Flintstones cars. There’s an option for our kids’ future which is a happy medium between Chinese smog and Bedrock City.

Unfortunately for humans and their favorite blue orb, climate hysterics may be piss poor science and bad for the country but it’s excellent base politics, so the Gores and Murphys of the world can be reliably counted upon to continue saying outlandish things which drive people of good will further apart instead of helping bring them together.