With Somerset GOP on the ropes, Howes appears to be the man on deck 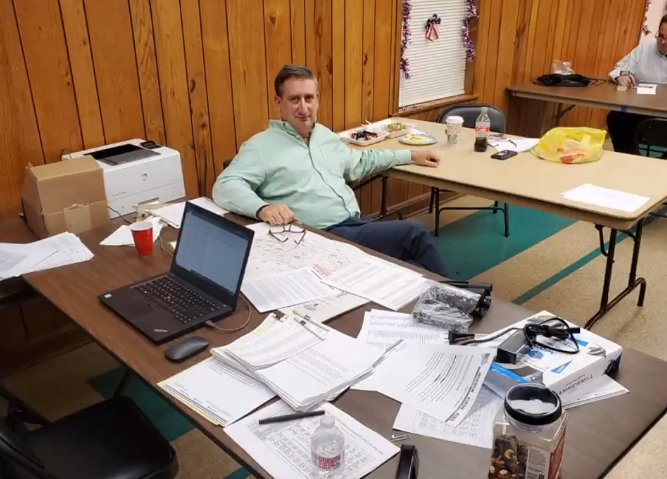 I’m not the League’s biggest fan, Save Jerseyans, but that doesn’t mean we’re not keeping a close eye on things (and our readers are everywhere).

For example: this year’s League Somerset GOP reception was heavily-populated by county Republicans supportive of a change in leadership. They were actively working the room with a goal in mind. Specifically? They appear to be coalescing around Tim Howes as a successor to veteran incumbent Somerset GOP Chairman Al Gaburo.

Gaburo’s current term is up in June but multiple Save Jersey sources in the Somerset GOP universe say momentum may be building for a transition earlier in the new year.

The catalyst for the talk is clear (even if, as most locals admit, Gaburo hardly gets all of the blame for the situation): county Republicans have lost three freeholder seats, control of the board and now the sheriff’s department in just two cycles. The final two GOP freeholder seats are up in 2020, a presidential cycle. Somerset is a relatively affluent, formerly red county that’s challenges are national in scope: how to win increasingly-woke suburbs in the Trump era. Both here and in Burlington County further south, New Jersey Republicans see a once formidable firewall that’s suddenly been breached.

Many say Howes is a good choice to help crack the code or at least stabilize the situation to allow for a rebuilding effort to get underway.

A lawyer with a diverse practice and considerable social media savvy, Tim is well-known to active Republicans around the state as the NJGOP’s go-to election law attorney. If Democrats are playing games by trying to keep the polls open late on Election Day? Or interfering with a close recount? Howes is usually the first choice to parachute in and push back on behalf of the party’s candidates especially in parts of the state like South Jersey were local campaigns’ resources may be scarce. When he’s not lawyering, Tim is a long-time conservative Republican activist in Somerset, a fixture of phone banks and county events, an ardent advocate of grassroots party bbuilding and, most recently, the senior adviser-in-chief for the Moench-Corsini Team in Bridgewater.

Already a natural choice to step in if there’s a change at the top, Mayor-elect Matt Moench waged (and won) a 2019 primary season intra-party war with Gaburo. Unsurprisingly, Moench is now openly leading the pro-Howes chorus and I’m told other towns’ respective leaderships give the Bridgewater rising star’s opinion a lot of weight.

The task ahead for whoever comes next in Somerset in enormous. Even some strong Tim Howes backers with whom I spoke readily admit that the job itself is pretty unattractive at the moment. Democrats are favored to go 5-0 on the freeholder board in 2020. The “bottom,” as the saying goes, may still lie ahead.

Another note: Gaburo hasn’t announced his retirement from the post. Right now, there aren’t rabid calls for him to step down immediately or anything that drastic. What I am seeing/hearing is a growing consensus among committee members that it’s time to move forward by making a change at the top before another cycle passes. Howes appears to be the man on deck.