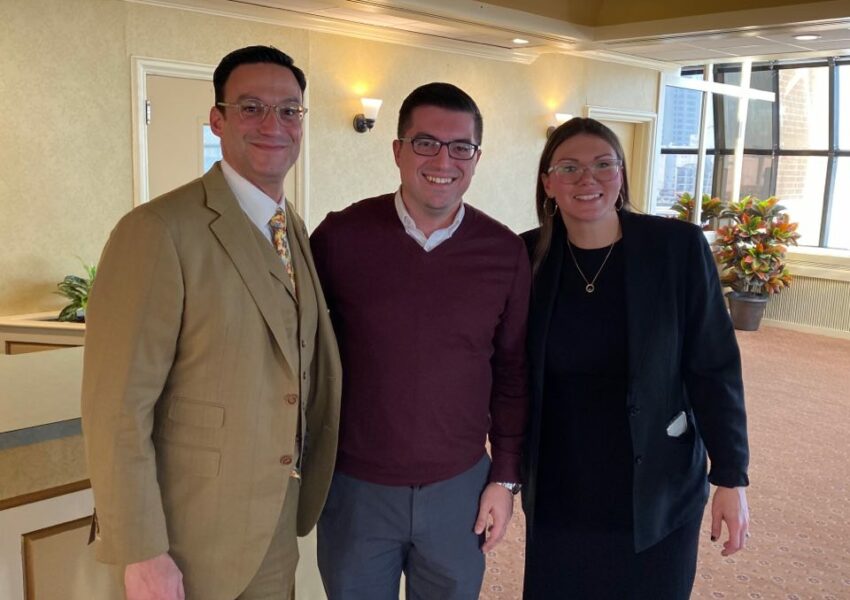 Conservatives haven’t had much of a voice in Trenton for awhile, Save Jerseyans, but this year’s 3rd Annual Leadership Breakfast (hosted by our dear friend Atlantic City Councilman Jesse Kurtz) reflected the new optimism infecting NJGOP circles these days.

Jesse’s original idea from 2017 was simple: host an event during the League that’s unabashedly not a League event. One with bacon and coffee instead of shrimp and champagne where younger conservatives elected officials, operatives and activists can get together without an agenda, network, share notes on the recent election, and look ahead to the battles to come. Unsurprisingly, his idea has taken off. Bigly (to borrow a Trumpism).

Last year’s event was great but obviously a little more serious coming in the wake of the 2018 midterms. To top it off? Half of us were stranded on the way home by Phil Murphy’s infamous #Snowmess.

The speaking program was built around three particular elected officials each representing a different region of New Jersey: South Jersey’s Andrew Parker a Committeeman from Egg Harbor Township; Central Jersey’s Michael Thulen, a Council President hailing from Point Pleasant Borough; and North Jersey’s James Kern, the young gun Freeholder in Warren County. Jesse spoke, too, as did 2021 gubernatorial hopeful Jack Ciattarelli, soon-to-be-senator Testa and yours truly (I tried to hide out in the back but Jesse impressed me into service).

Jack wasn’t the only big race Republican in attendance; Congressional candidates Brian Fitzherbert (NJ-02), David Richter (NJ-02), and Mike Ghassali (NJ-05) were also working the room and lending their support to the next generation of GOP standard-bearers.

There were great perspectives shared across the board, but one common thread tied everyone’s remarks and conversations over eggs together: the need for courage to take on and defeat Phil Murphy and his far-Left, social justice warrior, affordability agnostic allies.

I talked about how Councilman Kurtz and Senator-elect Testa both kicked butt this year in places (A.C. and Cumberland County, respectfully) which are bluer on paper than Somerset and Burlington counties (respectively). What’s the secret sauce? My own take – which won’t surprise this site’s regular readership – is that winning starts with ending the error of “leading with apologies,” a simple but radical attitude change embodied by Jesse’s and Mike’s successful 2019 campaigns won in the South Jersey Machine’s backyard against withering odds and extreme cash disadvantages.

There was plenty of courage at the Claridge Hotel on Thursday morning. With any luck? And a lot of hard work? We’ll have at least a few more Testas and Kurtzs for breakfast this time next November. That’s our plan.

The REAL resistance is alive and well and growing right under Phil Murphy’s nose.