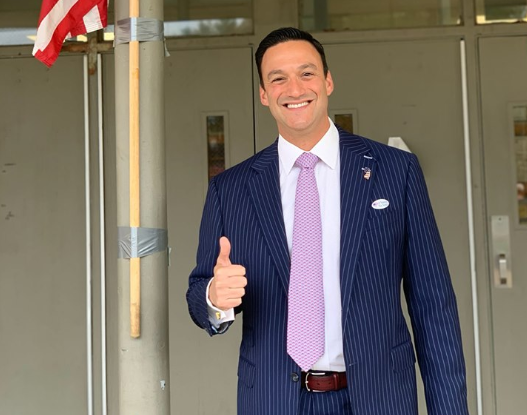 TRENTON, N.J. – The biggest star coming out of Election 2019 will take his seat in the state legislature on December 5th.

State Senator-elect Mike Testa Jr. (R-1) will be sworn in on Thursday at 11:30 a.m. in the New Jersey State Senate Chambers. Testa defeated incumbent Bob Andrzejczak (D-1) on Election Day, flipping party control of the First Legislative District to the GOP for the first time since 2007. Both of Testa’s Republican Assembly running mates were also elected.

Andrzejczak replaced his former running mate Jeff Van Drew when the latter was elected to the U.S. House of Representatives in 2018.

Testa’s entry into the State Senate brings the Republican caucus to 15 while the Democrat majority is 25 strong.