For battleground N.J. Dems, upcoming impeachment vote is the ultimate act of weakness 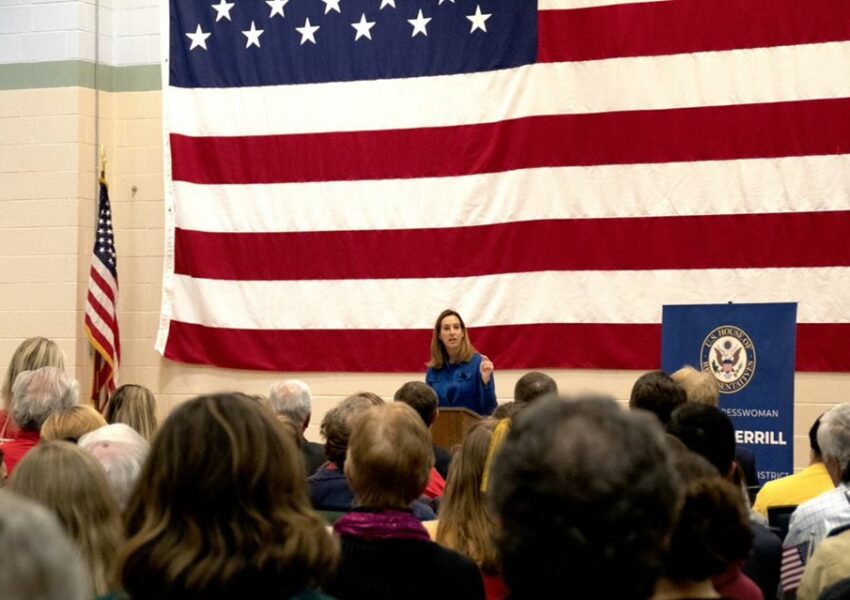 HANOVER, N.J. – The latest line out of D.C. is that we’re only a few weeks away – at most – from seeing articles of impeachment. Democrats are in a bind this Christmas season, Save Jerseyans. Their base wants this more than anything so they need to make it happen (however weak the case is looking after many hours of testimony). But don’t let the boorish Never Trumpers and mouth-breathing pundits fool you for a second:

Impeachment is looking more and more an act of weakness.

It reeks of desperation. The economy is as robust as ever and the financial sector currently expects it to keep chugging along right through Election 2020. President Trump’s polling remains frustratingly strong (from the Democrat perspective) in key Electoral College battlegrounds (which is why the Democrats hate the EC with the burning passion of a thousand suns). His field of potential Democrat opponents is far-left, shrill, out-of-touch and a total mess only a couple of months out from the Iowa Caucus. Impeachment is one part base service but, in light of all of the above, it’s also likely a necessity if Democrats want a good chance at recapturing 1600 Pennsylvania Avenue.

Decisions made out of weakness are the wrong sort of decisions to make. Ask Mikie Sherrill.

The freshman Democrat representing New Jersey’s 11th Congressional District is metaphorically standing on the middle of a lake covered by a thin coat of ice. Back in September, the ex-Navy helicopter pilot surprised some by co-signing a Washington Post op-ed declaring that the Ukrainegate allegations constituted an “impeachable offense.” Like so many other House freshman masquerading as “centrists,” Sherrill made a risky calculation: the 2018 coalition that elected her is comprised of one-issue anti-Trumpers who are also all she needs to get reelected. A handful of them bombarded her office with impeachment demands and shouted her down at town halls. She bent to their will – and that of Nancy Pelosi and the radical national PACs – and there’s no going back.

Sherrill is now discovering that her calculus was probably a bit off. In fact, her most recent town hall in Hanover held shortly before Thanksgiving revealed the fatal weakness in her napkin math.

“Are you going to go along with the impeachment or will you have the courage and we can’t spend the next year investigating. Let the voters decide,” a participant declared, interrupted at various time by boos AND clapping.

“I did not run for office to impeach the president. The president crossed a line for me,” Sherrill weakly replied.

Democrats were talking about impeachment openly and loudly from the moment the results of the 2016 election were clear. They haven’t stopped since, and while Sherrill waited until September 2019 to show her cards and formally jump in the impeachment bandwagon, remember what we’ve already discussed above: she got into office on the backs of “Orange Man Is Bad” types and she’s counting on them to give her another term in office. She stood shoulder-to-shoulder with them even if her lips weren’t moving.

I like many of you know plenty of North Jersey Republicans and Independents who don’t like Donald Trump. He’s too abrasive, crazy, coarse, not conservative enough or whatever. We’ve heard it all before. But I’ve noticed a change in this group in recent weeks. They’re looking at what’s happening on Capitol Hill and, lo and behold, what they see and hear is more childish than the President on his least admirable day of tweeting. Don’t forget that support for impeachment was around 30% in New Jersey’s battleground districts back at the end of September. I’d bet good money it’s still at or below 40% with the potential for dipping lower in the coming weeks.

Has Congresswoman Sherrill stood out from the lynch mob? In a way that would reassure 2020 NJ-11 voters that her priorities haven’t become muddled and her politics haven’t been radicalized since she went to Washington? No way. She ran on endless commercial loops of her with a helicopter, and as you can see from her lame response at the Hanover town hall, Sherrill “the moderate” is beginning her first reelection cycle without a clear explanation for why her priorities have changed. Said another way, her new #1 issue (impeaching Trump) is one she can’t coherently explain.

She can’t claim Democrat progress on the SALT cap, transportation funding, or any of the other issues persuadable North Jersey voters care about.

Making matters worse for the frosh Democrat, her likely 2020 challenger (Jerry Langer) is a self-funding transportation industry businessman with everyman appeal. She won’t rule the airwaves quite the same way as she did in 2018.

I don’t know if NRCC Chairman Tom Emmer is right when he predicts impeachment “is going to cost them their majority next fall.”

I do think battleground Democrats like Sherrill, Andy Kim (D, NJ-3), Tom Malinowski (D, NJ-07), and Josh Gottheimer (D, NJ-05) are as weak as they sound heading into the fight of their political lives. Democrats pinning their hopes for reelection entirely on a partisan, controversial, who-cares-if-everything-else-burns impeachment serves up a recipe for GOP gains in the Garden State next fall.