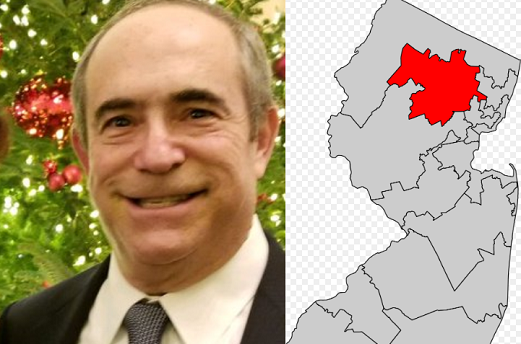 On Monday morning, Montville businessman Jerry Langer announced that he is forming an exploratory committee in New Jersey’s 11th Congressional District, the first step on the road to launching a formal campaign.

“When Mikie Sherrill ran last year, she pledged to be a bi-partisan member of Congress who would represent all residents of the 11th Congressional District,” said Langer. “Instead, Mikie has voted 97% of the time with liberal Nancy Pelosi and 91 percent of the time with radicals Ilhan Omar and Alexandria Ocasio-Cortez and thinks we haven’t noticed that  she’s already turned into the fifth member of The Squad.”

Langer, a husband and father of four daughters, is a prolific New Jersey Republican fundraiser who strongly supported Kim Guadagno’s 2017 run against Phil Murphy. All the same, Langer’s reputation isn’t that of being a board room stuffed shirt. New Jersey commuters will undoubtedly recognize his last name; his family-owned and operated company ‘Langer Transport‘ is prolific and its vehicles are a regular presence on North Jersey’s highways.

A relatively affluent suburban district dominated by Morris County but including portions of Passaic, Sussex and Essex counties, too, NJ-11 was represented by Republicans from 1985 to 2019; Sherrill defeated Assemblyman Jay Webber (R-26) in the 2018 “blue wave” with 183,684 votes (56.8%) to Webber’s 136,322 (42.1%). Her decisive victory was fueled by a massive 5-to-1 spending advantage for the Democrat.

President Trump carried the district in 2016; that same year, Rodney Frelinghuysen (then the district’s Republican congressman) won a 19-point victory. The GOP nationally and in Trenton had worried that Sherrill’s robust 2020 fundraising would scare off potential challengers in a winnable district officially on the NRCC’s target list.

Many Republicans believe Langer’s “everyman” appeal and financial resources can more than even the score next year. Langer’s effort is being spearheaded on the technical/strategic front by Revolution Strategies, the consulting firm of former Trump White House Political District Bill Stepien.

Sherrill, for her part, ran as a moderate and on her military record but the Democrat has drifted Left since joining Congress in January, voting to support the impeachment of President Trump and flip-flopping on ‘moderate’ positions including commitment to border security.

“With the right candidate, this is undoubtedly a winnable race for Republicans and I am going to spend the next days deciding if I am that candidate,” added Langer. “Here is what I already know: if I decide to run, I believe so much in defeating Mikie Sherrill that I’ll be putting my money where my mouth is on day one of the race.”