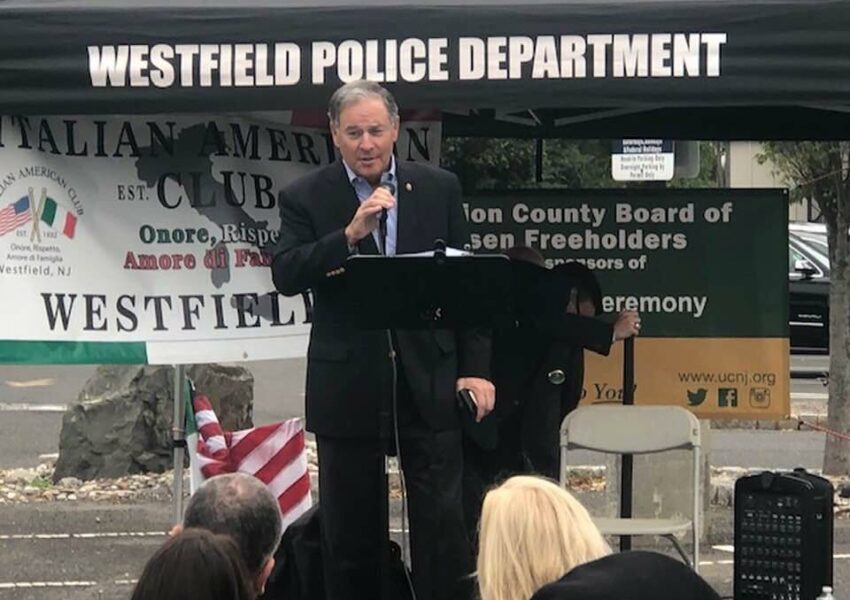 WESTFIELD, N.J. – Anyone expecting to see a major change in GOP Assembly messaging after the caucus’s candidates exceeded expectations in last week’s legislative elections might be disappointed, Save Jerseyans.

Assembly GOP Minority Leader Jon Bramnick (R-21) took to Facebook on Monday and cited his own reelection victory the battleground 21st Legislative District as a triumph of civility over the radical Left… and Right.

“Prior to the recent election, many cautioned me that being civil, respectful or calling out bad behavior was a formula for losing the election,” said Assemblyman Bramnick. “The far right and the far left attacked me relentlessly. It did not work. It is time for people of goodwill to stand up and speak out against extremism and hate on either side of the political aisle. We can have an adult conversation and find solutions. We ARE THE MAJORITY OF AMERICANS not the crazy, closed minded, loud, bitter voices.”

Bramnick – who was also re-upped as Assembly minority leader immediately after his reelect – overcame a two-prong 2019 challenge not just from a far-Left Democrat slate but also a 3rd party conservative ticket which vocally accused Bramnick of harming the Republican Party during his time as leader. Taking account of last week’s +2 gain in LD1, where Republicans ran a very confrontational and unapologetic conservative campaign, the GOP caucus is 4 seats smaller than when Bramnick became the caucus’s leader in January 2012.

In his own reelect battle, Bramnick ran a campaign which cited the Democrats’ ugly record on taxes but also touted his own moderate brand which includes an “F” rating from the NRA; the Assemblyman has also repeatedly criticized President Donald Trump, a decision which even drew a rare rebuke from NJGOP Chairman Doug Steinhardt back in 2018. Bramnick also held an anti-“hate speech” event featuring Murphy Administration Attorney General Gurbir Grewal not long before the election; the event came at the same time that Republican counties and campaigns were battling back against the AG’s threats over their resistance to Sanctuary Statehood.

The GOP’s legislative caucus is a frequently criticized for its failure to aggressively challenge increasingly-radical Trenton Democrat policies. Shortly before Election 2019, New Jersey Globe cited conversations with numerous Assembly members (seeking not to be named) who were unhappy with Bramnick’s leadership but who nevertheless said they’d back Bramnick for reelection as leader.

Republicans will hold 28 seats to the Democrats’ 52 as soon as LD1 Assemblymen-elect Antwan McClellan and Erik Simonsen take the oath of office.