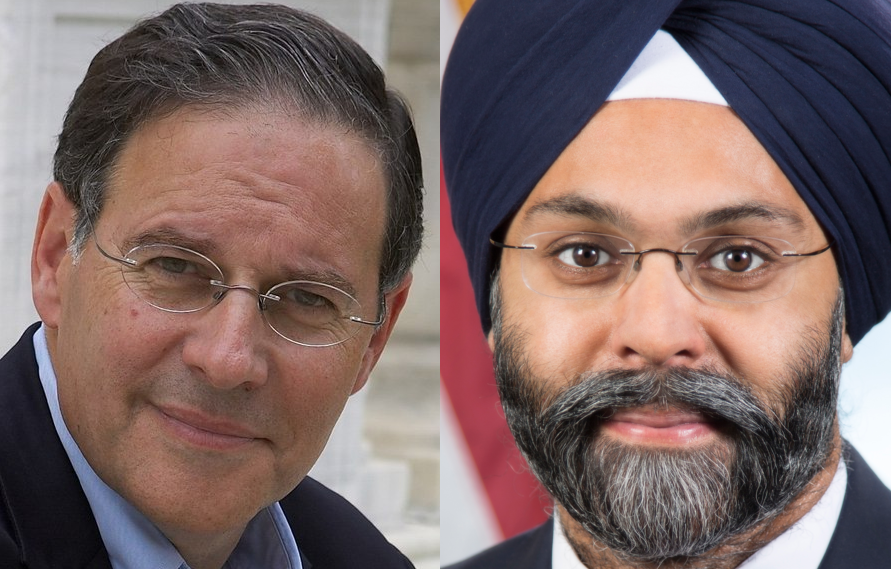 CRANFORD, N.J. – Gurbir Grewal is undeniably the most partisan New Jersey attorney general in recent history, using his office (and resources) to advance his name recognition, sue the Trump Administration and, most controversially, bully counties into accepting his Sanctuary State directives.

That’s the reason why more than a few eyebrows were raised when it was announced that Bramnick would moderate a “hate speech” panel at Union County College Cranford Campus with Grewal included.

“While addressing hate speech is no doubt a noble endeavor, Jon Bramnick should have thought twice about inviting AG Grenwal to our district,” said Martin Marks, one of who Assembly challengers in LD21 running against Bramnick as an ‘independent conservative’ candidate. “Mr. Grenwal has been the lead government official in Governor Murphy’s initiatives to turn our cities and state into sanctuaries for illegal aliens. There have been occurrences where undocumented arrestees have been released into society and then went on to commit violent heinous crimes.  This dangerous directive from the Attorney General only heightens the chances of these occurrences. Jon Bramnick should be joining other law enforcement officials in standing up to Attorney General Grenwal and fighting these sanctuary initiatives rather than appearing with him in any forum.”

One of those allegedly violent offenders is an accused child rapist who, after being released by Cumberland County’s jail, still remains at large.

A band of GOP counties including Sussex, Ocean, Monmouth and Cape May have been forced to challenge the Murphy Administration’s reckless fiat in court.

The Bramnick event is scheduled for tonight, Monday, October 21st at 6:30 p.m.

Bramnick’s unorthodox decisions – including lambasting President Trump while being extremely cordial with Democrats – has earned him criticism in recent years including a verbal reprimand NJGOP Chairman Doug Steinhardt. His decisions also drew this year’s challenge from a third party conservative ticket that some believe could hand the win in his district to the Democrats.

“Perhaps more than any other New Jersey Attorney General before him, Gurbir Grenwal by doing the bidding of the Trenton administration, is jeopardizing the safety and well-being of New Jersey’s law abiding citizens.  To this point Jon Bramnick has been known for thumbing his nose at conservative constituents that support President Trump,” added Mark’s running mate Harris Pappas. “Now he thumbs his nose at all law abiding citizens by inviting this extraordinarily liberal AG to Cranford. We encourage Mr. Bramnick to reconsider this invitation and instead join the fight against this Attorney General and his dangerous agenda.”