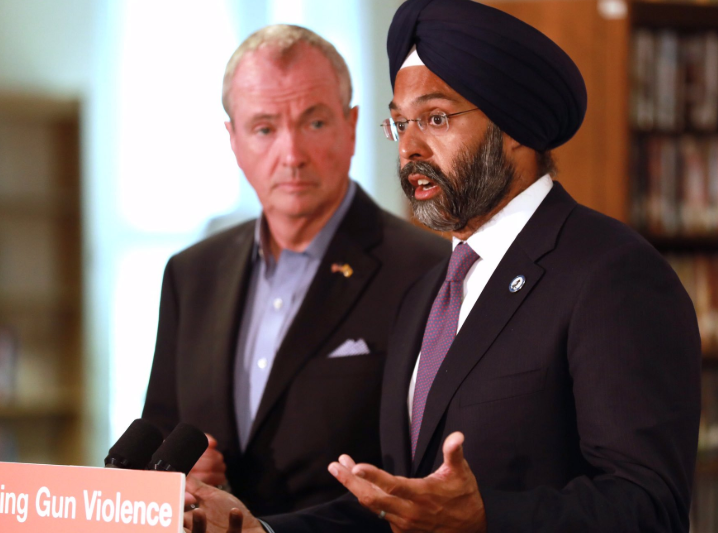 “The goal of the Immigrant Trust Directive is clear—to make it easier for New Jersey’s law enforcement officers to solve crimes and ensure the safety of all 9 million people in our state by building trust with our large and diverse immigrant communities,’’ Grewal insisted at his sometimes defensive-sounding presser designed to shore-up his November 2018 ‘sanctuary state’ directive. “Because of the bright line between New Jersey law enforcement officers and federal civil immigration agents, immigrants can come forward as victims and witnesses of crimes without fear of reprisal.”

Not everyone is buying it, least of all the targets of today’s imperious action by the Garden State’s top law enforcement official.

“We shall continue to pursue legal remedies to this directive, which deprives Monmouth County of the ability to identify individuals who have committed crimes and are here illegally,” Golden declared in a statement reported by More Monmouth Musings.

A source familiar with the situation tells Save Jersey that Cape May County also plans to contest the AG’s latest overreach.

The stakes continue to grow ever-higher for public safety. Friday’s drama unfolded one day after ICE announced that detainees accused (or convicted) of serious offenses are continually being released from New Jersey jails in defiance of ICE detainer requests AND, in some case, remain at larger; one accused child rapist was cut loose from Cumberland County jail and remains unaccounted for.