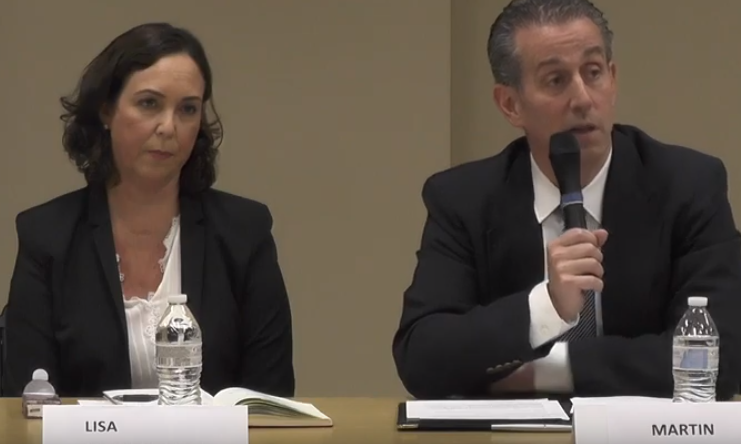 WESTFIELD, N.J. – Martin Marks was once a Republican mayor. He’s running as an independent in this year’s LD21 general election, but his closing argument to voters is a plea, unusually, to save the party of the incumbents against whom he’s running.

“[I]f one considers themselves conservative and justifiably feel that they have been taken for granted or even dismissed by Republicans Bramnick and Munoz all these years, then the votes should go to Independent Conservatives Harris Pappas and myself,” Marks argues, noting that the incumbent Republicans – Jon Bramnick and Nancy Munoz opted out of the recent district debate. “From where I sit, I can see no reason to continue to send self-described moderates Jon Bramnick and Nancy Munoz back to Trenton. They will continue to wallow in a diminishing GOP minority which has been ineffective in standing up to the Liberal agenda that is ruining our state.”

Bramnick has been the GOP’s Assembly minority leader since 2012; Munoz serves as caucus whip.

Marks and his running mate Harris Pappas launched their 3rd party conservative slate after, they say, Bramnick and Munoz refused to embrace President Trump. The conservative slate has also criticized the incumbents on substantive policy and party leadership, and they’ve been upfront about their high comfort level with playing the spoiler role on November 5th.

That’s not to say they the rebels don’t think they’d do a better job.

“One thing is for certain. Once in the Assembly, Martin Marks and I will not shy away from doing battle with the Liberal agenda,” added Pappas. “We will be quite vocal in fighting to repeal the 185% gas tax championed by Jon Bramnick. We will stand against the ongoing efforts to turn our state into a sanctuary for illegal immigrants. We will also promote constitutional amendments to protect suburban communities from court-imposed high density housing and ensure that suburban school districts receive their rightful share of state educational funding instead of wasting millions of taxpayer dollars on so-called “special Needs” school districts. Additionally, as Conservative Independents we will not have to answer to party bosses or big money special interests that control the two major parties. Our allegiance will be to our constituents and no one else.”

The need to fend off a third party challenge from their right might be too tough a hill for Bramnick and Munoz to climb; early VBM returns suggest a massive lead for the Democrat challengers. The GOP pair is running largely separate campaigns; Munoz has drilled down on commuters’ mass transportation concerns while Bramnick is appealing to his district’s growing Democrat plurality with calls for improved political ‘civility’ and touting an “F” rating from the NRA.

Click here for our comprehensive race-by-race Assembly analysis of Election 2019.