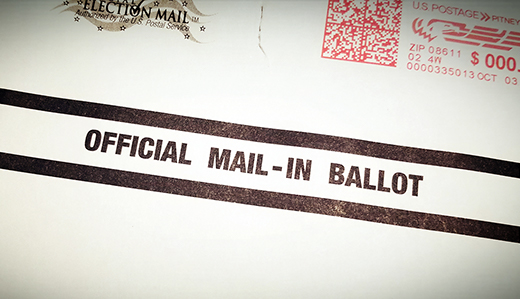 Tuesday, November 5th is “Election Day,” Save Jerseyans. I guess?

Look at the statistics. In 2004, approximately 10.2 million Americans voted “early” in state and federal elections. By 2016, that number had better than doubled to 24.1 million and 16 U.S. states saw 50% or better of their citizens vote before Election Day. 32 states now permit “no excuse” early voting. So I’m not really sure “Election Day” is the right name for the first Tuesday in November in our modern age. Maybe “vote tally day” or “last day to vote” are more accurate even if those options are not quite as catchy.

A staggering 596,993 ballots were requested and/or mailed out this fall. Thousands of New Jerseyans have already voted by mail for Election 2019 in legislative district races that could be decided by a handful of votes a piece. It’s a dramatic stat. Is it also a good stat?

There’s the deeper, existential component where the health of our democracy’s electoral process is concerned. I’m a member of the ‘Rock the Vote’ generation, and then the ‘Vote Or Die’ generation. I’m also a quality over quantity guy; the Framers understood that a mob could be just as dangerous as a king or dictator. It’s politically incorrect but no less valid a question for it: do we really want to help the under-informed, under-motivated, and sometimes downright lazy participate in selecting the leaders who levy taxes, declare war, and pass judgment on our fundamental rights? The Left’s ‘every warm body available needs to vote’ battle cry is hard to rationalize for the sober, adult mind and therefore pretty transparently self-serving in the final analysis.

Said another way: if you’re not willing to take an hour and brave a little rain to exercise a right hundreds of thousands of Americans have fought (and died) to defend, then is your vote one worth recording? 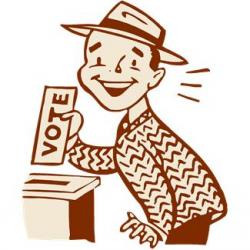 There are nuts and bolts planning problems, too.

What happens when I vote in September but new information comes to light in October? A relevant personal scandal? A major legislative development? Some substantive platform revelation?

Or say a candidate is accused of something dramatic and ugly in September by an opponent or the press, news which motivates emotional votes for his or her opponent, but then the accused candidate is cleared one week before the election?

Another practical problem: election security. I’m not talking about Russian bots. Vote by mail fraud is real, documented and has been recently prosecuted right here in the great Garden State. Governor Phil Murphy’s wacky vote by mail law changes  – mandating mail-in ballots automatically go out to 2017 and 2018 vote by mail voters – mean a lot of dead and disinterested people probably received ballots in their mail boxes this September. Kids away at school. Individuals who’ve moved but didn’t update their addresses. Who is filling them out? It’s hard to police what happens at dining room tables far away from polling stations populated by challengers and poll workers.

Fraud concerns aside for a second, Election Day was arguably therapy. Group therapy. One day – a communal experience – to put our opinions on the table and hash out our difference. By Wednesday afternoon? Most people were moving on and looking forward to the holidays. No more. A prolonged process leaves a deeper cut and a harder-to-heal scar.

The list goes on. Yes, our state’s and country’s challenges run far deeper than how we make our decisions. If we want our citizens to make serious decisions? And improve the chance that they’ll elect serious decision-makers? It might be time to return to a process that’s, well, serious. The current free-for-all that’s robbed Election Day of the meaning of its name is anything but.