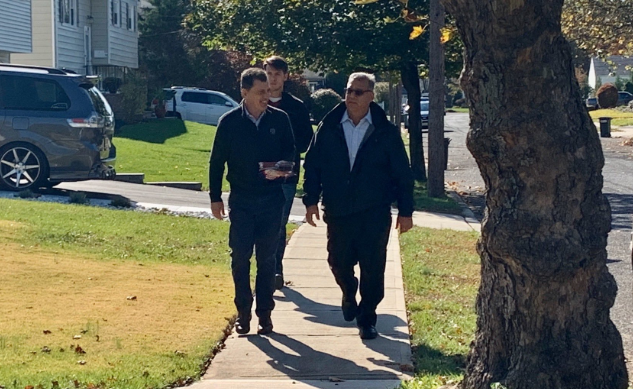 SOMERVILLE, N.J. – We don’t know whether the GOP will net two (or more) seats when the dust settles tonight. More likely? No change in the Assembly composition, or a slight Democrat increase of a few seats. What we DO know: despite New Jersey’s massive fiscal and economic problems, New Jersey voters will return the long-dominant Democrat Party to power in January. It would take nothing short of a miracle for the GOP to recapture the lower chamber or win a “viable” (read: consequential) majority.

Surprised? Trump/redistricting/changing demographics/money, etc., all play a role. I will and have argued the problem goes deeper. No one can deny that New Jersey Democrats love their taxes, Save Jerseyans. In fact, just in case you missed it, Governor Phil Murphy is embracing his party’s unsavory reputation as a positive. The real Election Day-relevant question is whether New Jersey taxpayers share his opinion.

“If you’re a one-issue voter and tax rate is your issue, either a family or a business if that’s the only basis upon which you’re going to make a decision, we’re probably not your state,” KYW Radio reported Murphy saying back in October. Asked to respond to Murphy’s remarkable statement, one swing district Democrat Assembly candidate (LD25’s Darcy Draeger) even admitted Murphy is unlikely to be reelected with that attitude. Phil Murphy is betting 2021 voters share his attitude, that wokeness is worth the high price.

Callous! But again, is he right? 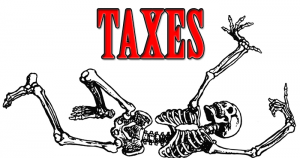 Poll after poll going back many years would suggest the answer is voters do care about taxes. Even the Press of AC recently declared New Jersey’s worst-in-the-country taxes – and the incentives required to get around them – to be the product of “bad governance.” Our property taxes and business tax climate are consistently ranked among the nation’s worst, often the worst. But voters have elected nothing but Democrats – the party undeniably in charge of all branches of state government – at the state level since the early 2000s (with the notable exception of Chris Christie).

“One thing we heard loud & clear today in LD16 in Somerville is that taxes are an issue. @GovMurphy high tax agenda is costing #NJ jobs & families their homes,” NJGOP Chairman Doug Steinhardt tweeted after knocking doors for his own party’s LD16 Assembly candidates on Election Eve. “We can do better.”

We can definitely do better. Doug is right.

Voters, I think, remain pessimistic despite his best efforts and the valiant efforts of some campaigns. I believe the challenges facing Garden State Republicans can be summarized as follows: (1) not enough voters believe electing Republicans will make a difference, and that it’s easier to plan an out-of-state move, and (2) there is a sizable bloc of suburban, middle-to-upper middle class voters who are 100% fine paying a premium for wokeness, at least while the economy remains solid. It’s the reason why I’ve argued that it’s time for the Right to reengage social issues (click here for your Election Day supplemental reading).

Taxes, yes, but also the plight of the working poor. Our inner cities. School choice. Giving illegals a leg-up over our native born AND legally naturalized vulnerable populations. Scaring kids to death with extreme climate fanaticism. The insanity of treating young children as transgender, P.C. experiments. killing children up until the MOMENT they’re born.

We’ll know more about the extent of #1 and #2 after tonight. That’s a lens through which you NEED to analyze tonight’s results, folks. The map is what it is. National politics is what it is. Opponents of the status quo here in New Jersey are going to need to adapt their tactics and their arguments to be relevant going forward. There’s work to be done regardless of whether Wednesday morning sees an R+3 or D+7 result.