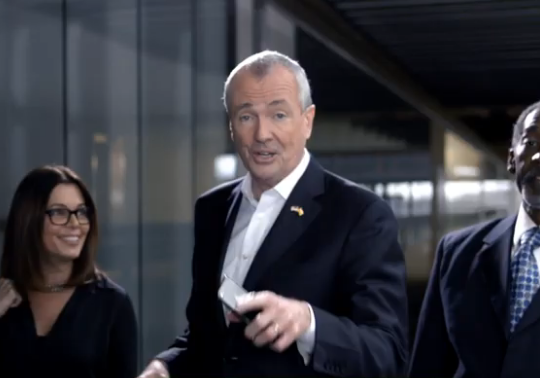 ROCKAWAY, N.J. – It likely bodes ill for Governor Phil Murphy’s 2021 prospects that 2019’s swing district legislative candidates are running away from him. Fast.

Down in LD1 on Monday evening, an incumbent Democrat State Senator sought to distance himself from most of his party’s governor’s policies. Meanwhile, at the opposite end of the state at a League of Women Voters Forum, LD25 Democrat Assembly nominee Darcy Draeger offered an unexpectedly dim assessment of Murphy’s reelection prospects.

Moderator: “Recently, Phil Murphy stated ‘If you are a one-issue voter, and taxes are your issue, then NJ is not your state.’ Do you agree with this statement?”

Draeger: “Well I think that if that’s Phil Murphy’s attitude, he’s probably going to be a one-term governor.”

Draeger was responding to an eyebrow-raising Murphy admission from earlier in October.

“If you’re a one issue voter and tax rate is your issue, either a family or a business, if that’s the only basis upon which you’re going to make a decision, we’re probably not your state,” KYW News Radio reported the Governor saying.

“On this issue, we could not agree more with Ms. Draeger. Phil Murphy’s tax-and-spend agenda is killing New Jersey businesses and causing families to flee the state. The problem is that Draeger and Bhimani have refused, for four months, to take a position on his budget that raises taxes and spending by billions. It should be an easy ‘no’ for anyone hoping to represent the 25th district,” said Rob Costello, the Bucco and Bergen campaign manager. “Our question is two-fold: does Lisa Bhimani agree with her running-mate’s comments on Phil Murphy? And if so, will they still welcome Phil Murphy to the 25th district with open arms if he comes here to campaign in the final week?”

Murphy is expected to visit LD25 and nearby LD21 ahead of the November 5th election. The Governor’s approval rating statewide remains well below the 50% mark at which point incumbents are considered likely to be reelected.