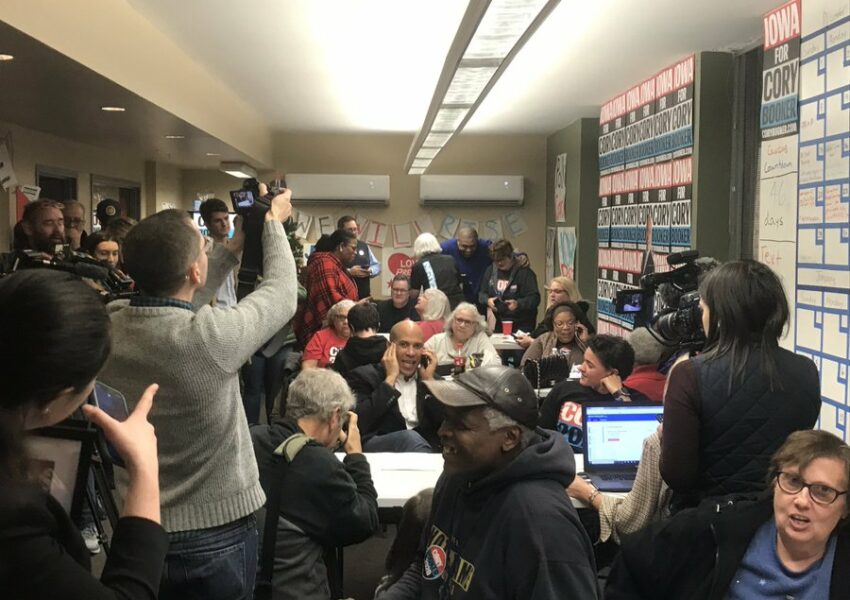 Spartacus needs to reach as many voters as he can between now and February 3rd. He’s currently in a distant 6th place position in Iowa polling (averaging 2.8%). The last time an eventual Democrat nominee lost the Iowa caucuses was 1992 when Iowa’s U.S. Senator Tom Harkin finished first and Bill Clinton finished third with 2.81%.

Worse still for Booker, the DNC has made its January debate requirements (the next one is in Iowa on January 14th) even more onerous; to debate, candidates will need 5% or better in at least four DNC-approved national or Iowa/New Hampshire/Nevada/South Carolina) polls. Alternatively, debaters can make the stage with 7% in at least two of the above states.

Booker had blamed racism for his inability to participate in the December debate.

Hello from Urbandale where @CoryBooker is here with our amazing volunteers making calls to talk to caucus goers about why they should be in our corner on caucus night! #Cory2020 pic.twitter.com/0Y8fOePRNR

Cory Booker is phone banking in Iowa tonight as other Democrats debate in Los Angeles. The first caller, Suzette, seemed to express frustration that Booker wasn’t onstage tonight, judging by his end of the conversation. He agreed, “it’s frustrating to me as well.” pic.twitter.com/jiSCvEJUhy

From Iowa to Nevada, New Hampshire to South Carolina, and every place in between, volunteers are the heart of this campaign. Remember—if you want to go fast, go alone, but if you want to go far, go together. Thank you for spending your evening with me talking to voters! pic.twitter.com/OB4nL84VvF