Glouco GOP Chair on Van Drew: “He has a lot of catching up to do” 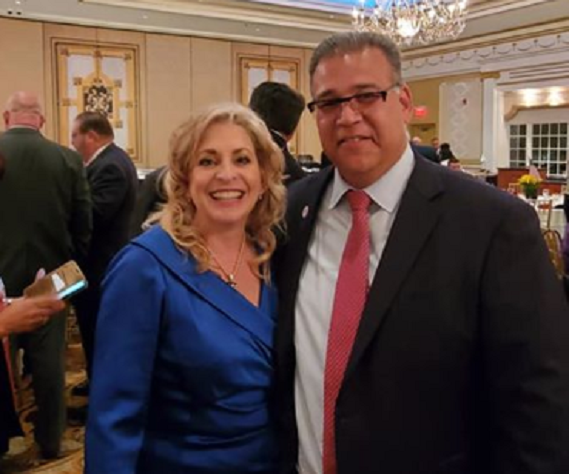 If there’s a consensus in South Jersey on Jeff Van Drew’s imminent party switch, Save Jerseyans, it’s that he’s going to need to compete in the primary and prove himself to South Jersey GOP’ers.

“The Republican Party of Gloucester County encourages and welcomes all Democrats who walk away from the hard left turn the progressive wing of their party is attempting to force upon our nation,” said Vigilante, a staunch Pro-Trump Republican. “Anyone who realizes the Democratic Party has turned into a socialist organization should be welcomed to our party and that acceptance should be extended to Jeff Van Drew.”

“As to Congressman Van Drew specifically, if he wants to work for the Republican party we are happy to have his experience and support.” Vigilante added, “With that said, Mr. Van Drew needs to understand we have three qualified candidates seeking the Republican nomination in the Second Congressional District who have been working hard to gain County support, which means, if he plans on seeking the nomination, he has a lot of catching up to do.”

One of the three candidates who’s already been working for the nomination is David Richter.

“I just read that Jeff Van Drew is planning to switch parties after being a lifelong Democrat now that his job is at risk. I AM NOT IN THIS RACE FOR ME, I AM IN THIS RACE FOR YOU!!! And I am in this race all the way!” Richter declared on Facebook this Saturday. “When primary voters go to the polls on June 2nd, are they going to vote for a pretend Republican who voted in Congress with Nancy Pelosi 91% of the time? Someone who supported Hillary Clinton for President and Phil Murphy for Governor??? Someone who recently endorsed Cory Booker for President in 2020? Is that who they want representing them in Congress? Or will they vote for a REAL REPUBLICAN? I think the voters are too smart to fall for this game. VAN DREW SIMPLY CANNOT BE TRUSTED.”

There are eight counties in sprawling CD-2; still, even with “line” support, victory isn’t guaranteed in a part of the world famous for its independent streak.

The 2018 nominee – Seth Grossman – won the GOP nomination with a shoestring budget and without a single county organization backing his congressional bid.