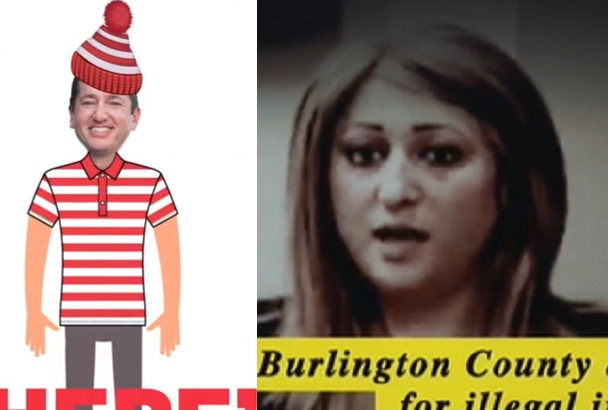 I told you the NJ-03 GOP nominating contest had the potential to be brutally ugly, Save Jerseyans, and sure enough, matters have deteriorated dramatically heading into Saturday’s screening committee meeting in Ocean County. When I ever misled you??

Let’s back up for a second.

In case you haven’t been paying close attention, well-heeled businessman David Richter ignited a firestorm when he jumped from the 2nd Congressional District to the 3rd following Jeff Van Drew’s defection to the Republican Party. A native of Willingboro (which is in the 3rd), Richter is hoping to lock down the party’s support to challenge Democrat freshman Andy Kim in November. Standing in his way is Kate Gibbs, the millennial ex-Burlington County freeholder who has the support of Burlington County’s GOP organization, the guidance of veteran super-consultant Chris Russell and most of the state GOP establishment.

Richter is a semi-retired construction executive with boo koo bucks. He also has Bill Stepien for a GC (Donald Trump’s top operative and a real name in Ocean Republican politics) and newly-former Ocean GOP executive director Tom Bonfonti as a campaign manager. The plan, it would seem, is to win the Ocean County GOP’s line to even the odds and then make Gibbs defend her record as a former elected official against an onslaught to cash.

That’s the battlefield, so both camps are working overtime to get their shots in before the Ocean County GOP screening committee makes a recommendation ahead of the March 4th county committee-wide convention vote.

This week, Gibbs put out a well-produced web short ribbing Richter as Waldo of childhood literary fame for his recent history of “district shopping”:

Not to be outdone, Team Richter dropped a video of their own this week accusing Gibbs of everything including allegedly failing to stand up to sanctuary jurisdiction practices as a freeholder to mentioning that she lost reelection decisively in 2018 against a Democrat slate that included a candidate who dropped out before election day:

Again, at the moment, this is essentially an expensive, all-out campaign for the votes of 9 screening committee members. The dirty laundry is on the line. As of yet, the ideological differences between the candidates doesn’t appear to be seismic though Gibbs is definitely positioning herself more as the pro-labor populist while Richter is working to own the traditional conservative lane; he also wants to portray Gibbs as too immature and unreliable just as she hopes to paint Richter as a carpetbagging empty suit. Which candidate – and which narrative – do screening committee members think will present the strongest face in the battle to unseat Kim? And also do the most to help (or at least not hurt) down ballot candidates?