NJ-03: Gibbs aims to press advantage one event at a time ahead of Ocean convention 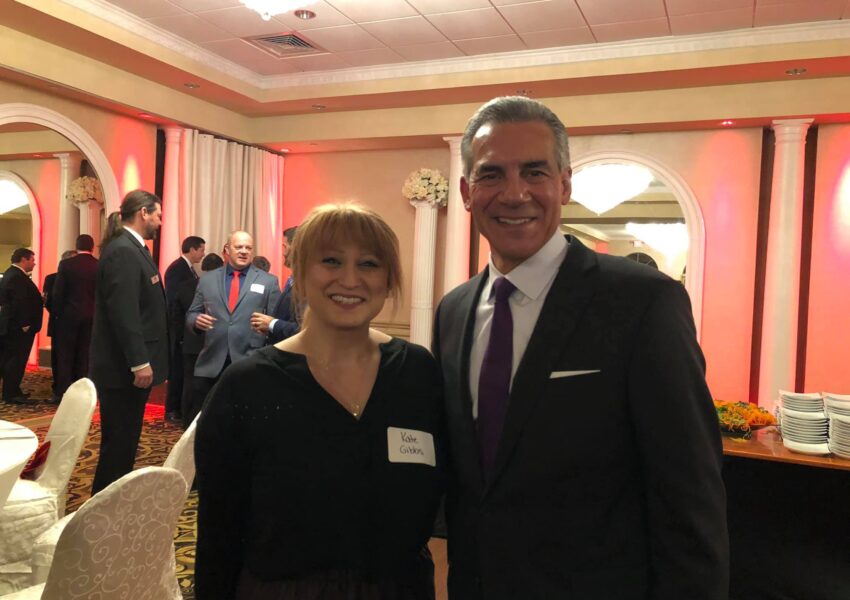 TOMS RIVER, N.J. – With the Burlington GOP line in hand and Ocean GOP’s screening committee in her corner, Kate Gibbs is hoping to seal the deal at the upcoming March 4th Ocean County Republican convention. She’s making the rounds.

A former Burlington County freeholder isn’t a regular feature at Ocean County retirement celebrations. This ex-freeholder is running for Congress and can’t take the screening committee’s nod for granted.

She’s weathering a blistering series of attacks spearheaded by her primary opponent David Richter. On Friday, Richter’s campaign compared Gibbs to Snookie in a new web ad listing a litany of Gibbs’s earlier-in-life indiscretions including getting banned from Kohl’s for shoplifting.

“Gibbs had revealed her troubles herself she might have been able to turn them into a positive character building story. But that they were publicly revealed by the press—probably as a leak from the Richter camp–makes her look like she was hoping no one would find out about them,” opined Art Gallagher of the popular MoreMonmouthMusings Jersey Shore news site.

Team Gibbs is convinced the gambit is desperate and doomed to fail; they believe their newfound strength with Ocean County’s GOP leadership more than compensates for any uncomfortable opposition research.

“Kate Gibbs is a proven conservative with a record of cutting property taxes. She is the only Republican candidate with the local, state and national party support to defeat Andy Kim in November and help President Trump take back the House,” said Freeholder Ginny Haines and Freeholder Gary Quinn this week in a statement endorsing Gibbs. “We proudly endorse her and urge our fellow Republicans to join us in voting for her at the upcoming Ocean County Republican Convention.”

Then there was this take:

Gibbs gets to run in Ocean County’s “Trump column” in this June’s primary if she succeeds on March 4th, a major advantage in any 2020 intra-party contest.