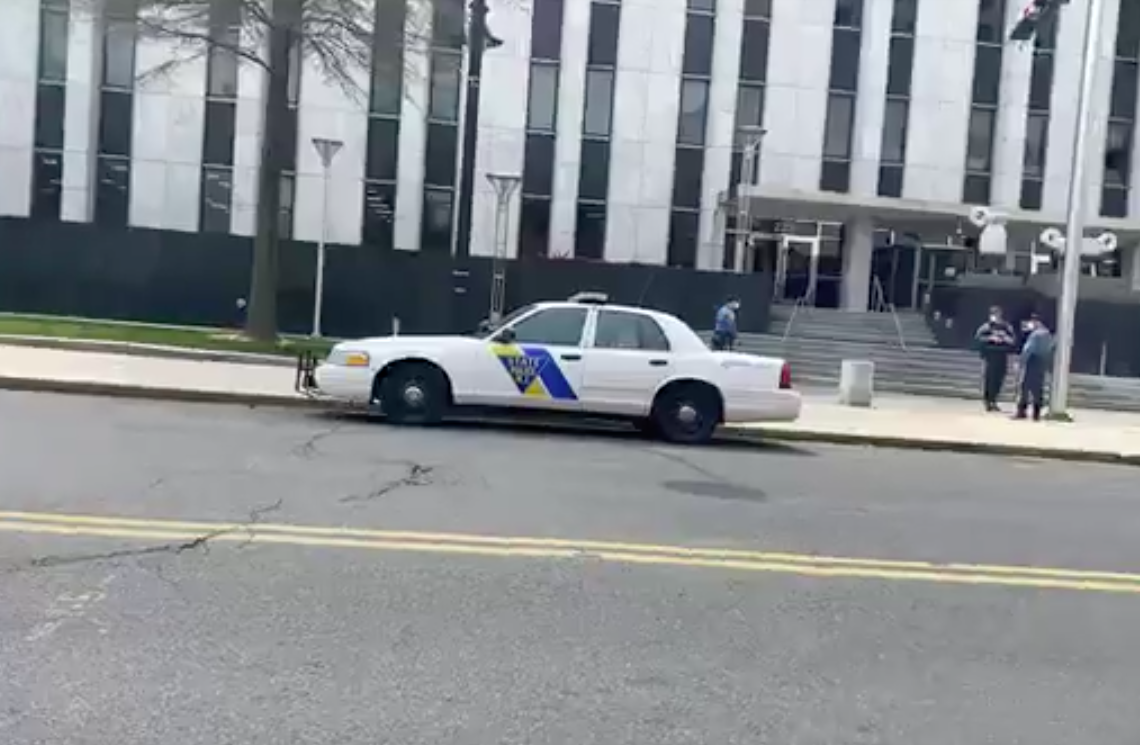 “Kim Pagan of Toms River was charged by the New Jersey State Police with violating the emergency orders by organizing a prohibited event today in Trenton in which protesters gathered outside the State House and at other locations in Trenton to demonstrate against the Governor’s Executive Orders,” Attorney General Gurbir Grewal’s office reported.

The AG’s office did not identify the exact charge; New Jersey law enforcement officers are authorized to criminally charge violators with disorderly offenses which carry up to $1,000 in fines and six months in jail.

There were a number of overlapping protests in Trenton on Friday. Most protesters remained in their vehicles.

One video posted on Facebook showed State Police in close proximity to a crowd of demonstrators gathered outside of the State House.

Anger towards the Governor and his draconian orders seemed to rise after Murphy’s Wednesday night Tucker Carlson interview in which he declared that the Bill of Rights played no role in his executive order decision-making process.