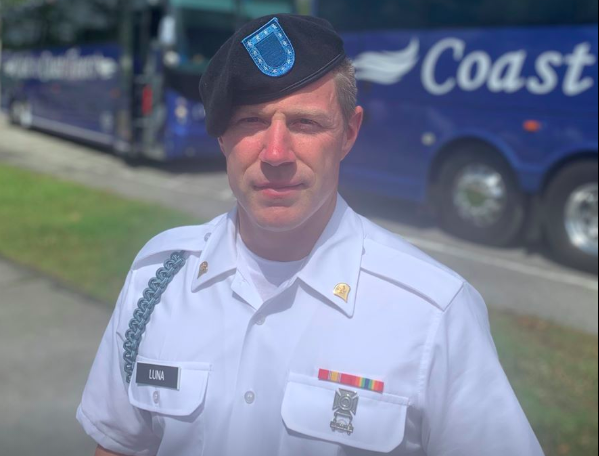 WARETOWN, N.J. – Former New Jersey Republican operative Frank Luna finished Army Infantrymen training this weekend. An external affairs consultant for JCP&L, Luna made the decision in 2019 to obtain a waiver and join the New Jersey National Guard despite being in his late 30s.

“This morning I joined over 200 men, becoming the newest Army Infantrymen,” Luna tweeted on Saturday. “At graduation the chaplain said “May they be a terror to those who seek to oppress and destroy liberty”, which really struck a chord. I sure am proud to join such an elite brotherhood.”

Luna is a veteran of numerous New Jersey Republican campaigns and causes including but not limited to Kean ’06, Christie ’09, and former Rep. Tom MacArthur’s three congressional runs.

While earning a reputation as a tough and effective operative, Waretown native’s famously laid back and affable style has also won him cult status among New Jersey politicos on both sides of the aisle.