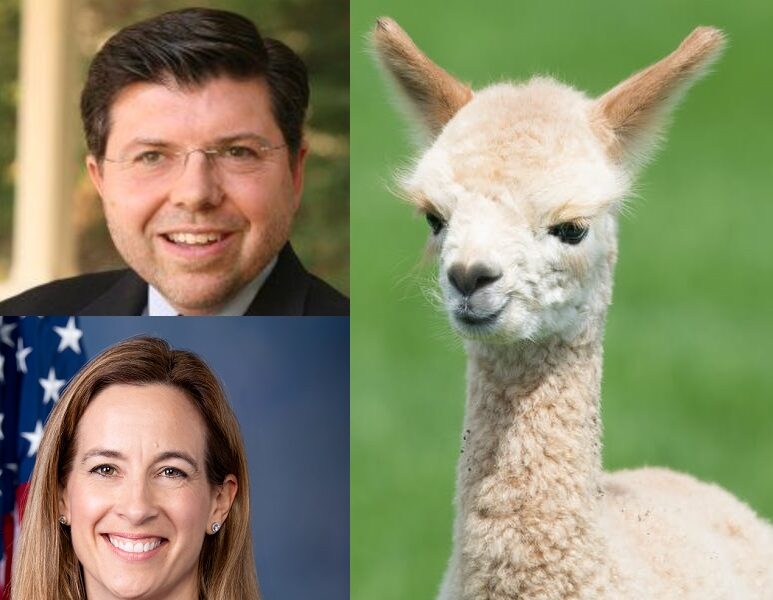 TRENTON, N.J. – Whether it ultimately made a difference is unknowable; Murphy infamously declared he “couldn’t frankly care” about individual lobbying efforts to ease up on his ‘stay at home’ order restrictions.

But over the weekend, some North Jersey Republicans’ eyebrows were raised by a letter co-signed by State Senator Anthony Bucco (R-25) and Congresswoman Mikie Sherrill (D, NJ-11). The correspondence – printed on Sherrill’s letter head and addressed to Phil Murphy – asks the Governor to permit curbside pick-up options for retail businesses. 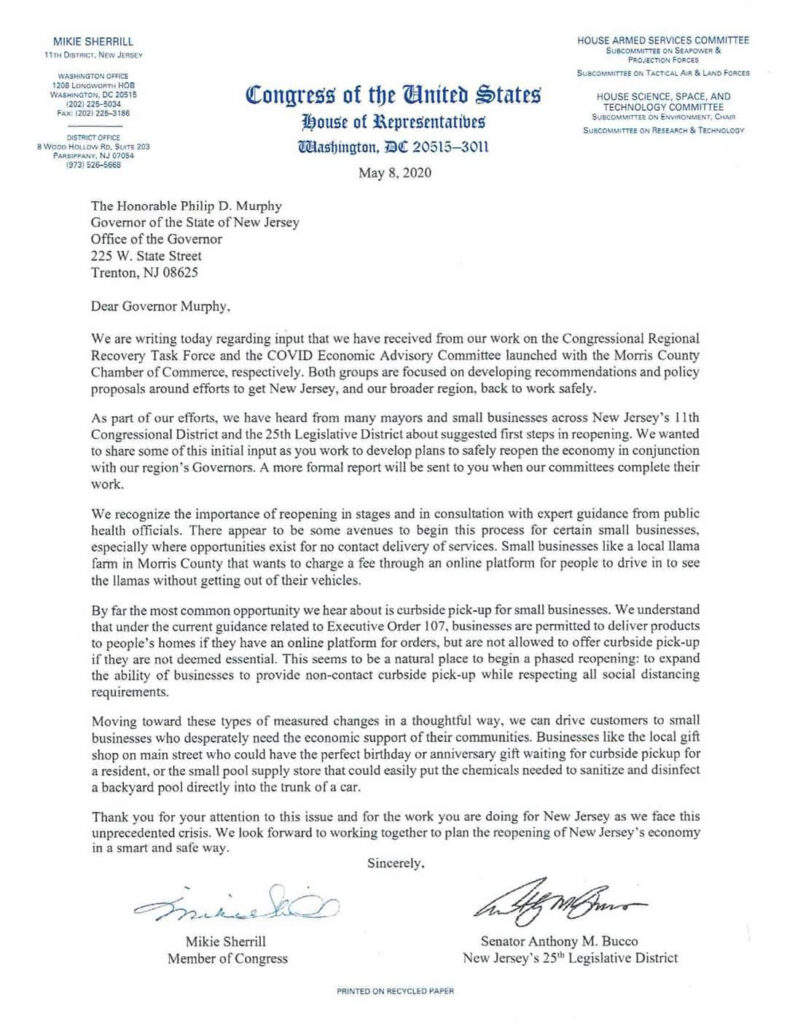 The duo cited small business examples for their request including “a local llama farm in Morris County that wants to charge a fee through an online platform for people to drive in to see the llamas without getting out of their vehicles.”

Murphy did issue a new executive order on Wednesday allowing for curbside retail operations and gatherings that are strictly automobile only. It’s unclear as of this writing whether a drive-thru llama farm would pass muster.

Sherrill is a close ally of Governor Murphy; she’s expected to get a serious challenge this November from Republican challenger Rosemary Becchi.

Bucco is one of NJ-11’s senior Republican elected officials.