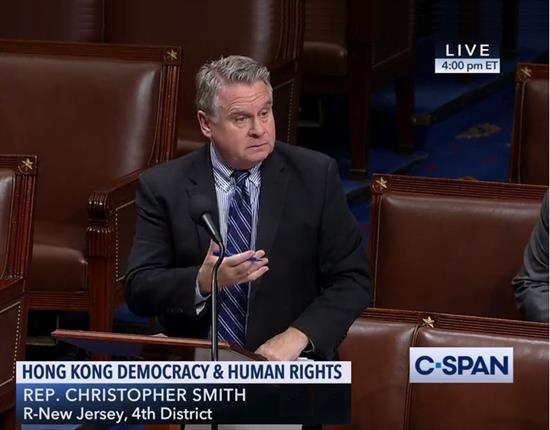 This past week, a publication tied to the Chinese government issued an ominous diatribe against Smith, even threatening the long-time Congressman and China critic with “pain.”

“China is extremely dissatisfied with the abuse of litigation by the US against China over the COVID-19 epidemic, and is considering punitive countermeasures against US individuals, entities and state officials. China won’t just strike back symbolically but will impose countermeasures that will make them feel the pain, analysts said,” The Global Times, a known Chinese propaganda outlet.

“Smith has also been a frequent instigator on China-related topics, particularly on so-called human rights issues.,” the Times added, calling out Smith specifically. “In March 2019, Smith introduced legislation to tackle China’s political influence in the US by saying ‘Beijing’s influence operations are sophisticated and threatening.’”

Smith – who entered the House in 1981 – has a long history of standing up to the Communist state. Most recently, he co-sponsored legislation to permit U.S. citizens to sue China if it lies about coronavirus. He also championed the “Hong Kong Human Rights and Democracy Act.”

The Congressman’s activism hasn’t just been in the the legislative arena.

For example, during one 1994 trip to China, Smith celebrated mass with a Roman Catholic Bishop in Hebei Province. Bishop Su was arrested and imprisoned for nine days following his visit with Smith.