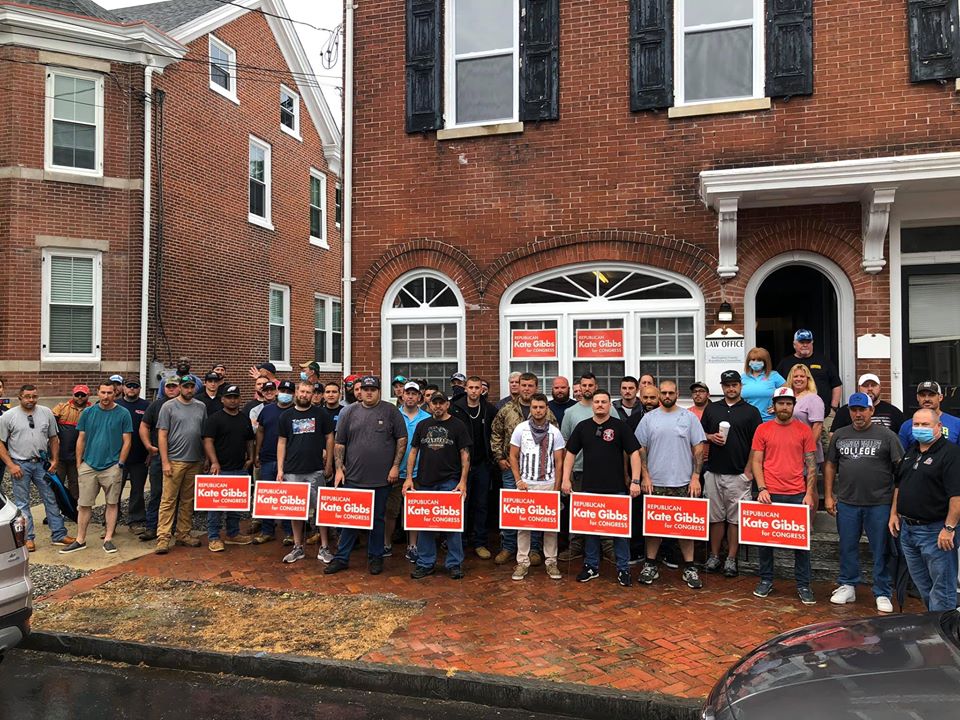 MT. HOLLY, N.J. – 65 members of the International Union of Operating Engineers Local were on the ground in Mt. Holly on Saturday, injecting life into the NJ-03 primary campaign of former Burlington County Freeholder Kate Gibbs.

Gibbs serves as deputy director of ELEC 825, a local subsidiary of IUOE. Gibbs’s role in the powerful labor organization has been a contentious issue raised throughout the current contest given the union’s variable political loyalties and support for gas taxes and tolls hikes which remain unpopular with the GOP base.

Gibbs defended her organization when challenged in the thread to the Facebook post highlighting IUOE’s weekend deployment.

“…you must not understand the unique coalition of voters, including many building trades union members, that elected President Trump,” Gibbs replied to a commenter. “Not only has the President praised our union he named its leader to the economic recovery task force , even calling him out by name during his press conference. We understand that we need to grow our economy to create jobs. That’s why I am running for Congress, to help take back the House and support the President to grow our economy, like before the global pandemic.”

Trump’s history with the IUOE is actually complicated. While Trump has enjoyed strong labor support from some sectors during his presidency, IUOE did endorse Hillary Clinton in 2016. The relationship has improved since then; the President even visited a Texas IUOE training center last spring.