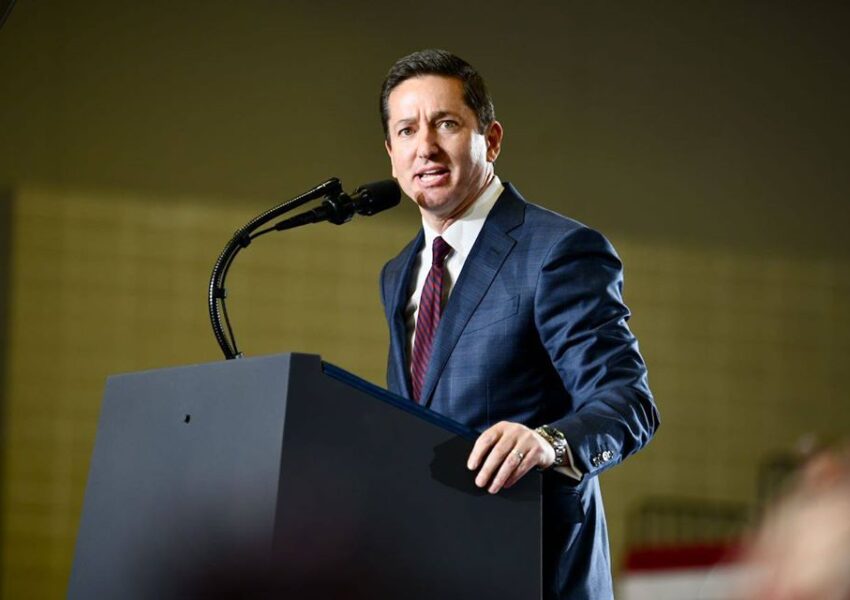 This story was updated at 1:46 p.m. with comment from the Gibbs campaign.

On Wednesday, the campaign of David Richter took aim at fellow Republican primary candidate Kate Gibbs for a $10,000 donation from members of the International Union of Operating Engineers. He also wants her to swear off any future support from the union and its membership.

Kate Gibbs is the deputy director of ELEC 825.

In 2016, International Union of Operating Engineers or “IUOE” (ELEC 825’s parent organization) donated $3,012,1553 in support of the Clinton campaign effort. Here at home, ELEC was a major force behind the 2013 gas tax hike legislation. More recently, however, Trump visited an IUOE training facility.

“Kate Gibbs is a staffer at Engineers Labor-Employer Cooperative (ELEC) 825, whose affiliated labor union proudly endorsed Hillary Clinton and spent more than $3 million trying to defeat Donald Trump in 2016,” said Richter in a statement. “While I was speaking in support of President Trump and his Keep America Great agenda last Tuesday in Wildwood, Kate Gibbs was hoping no one discovered that she reports to work every day to advance the agenda of a bunch of Never-Trumpers, and whose own campaign has been bank-rolled by the same pro-Hillary Clinton organization.”

“If the new Richter campaign strategy is to attack a trade labor union that President Trump himself personally visited and praised, he might need a new strategy,” said Gibbs campaign manager Angelo Lamberto in response to Richter’s new attack. “Given that David Richter was business partners with Joe Biden’s corrupt brother – and then bragged about how it landed him government contracts – it’s stunning that he would even make this bogus attack against Kate Gibbs, who has been on the frontlines fighting to elect South Jersey Republicans for the last decade while Richter just parachutes in when it suits his ambition.”

Richter, who just moved to the district from NJ-02 after Jeff Van Drew’s party switch, is now banking on winning the Ocean County line. The district’s primary electorate is split roughly evenly between the two counties making for a potentially competitive June contest.