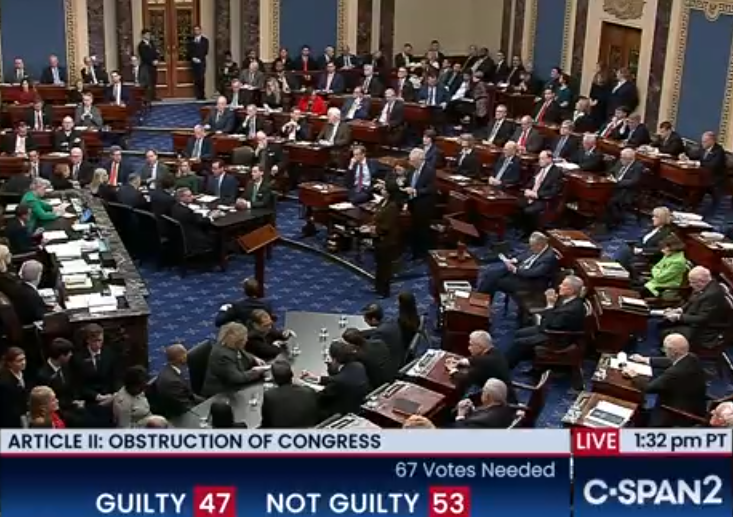 WASHINGTON, D.C. – President Donald Trump was acquitted on Wednesday of the charges contained in both respective articles of impeachment.

Mitt Romney (R-UT) was the sole senator to vote out-of-step with his party, voting “guilty” on the first impeachment article’s “abuse of power” charge. Ultimately, the vote on that article was 52-48. Romney later voted to acquit Trump on the “obstruction of Congress” charge which meant the vote on that particular article came out as 53-47. A full 2/3 of the chamber – 67 votes – would’ve been required on either article to convict and remove the president from office.