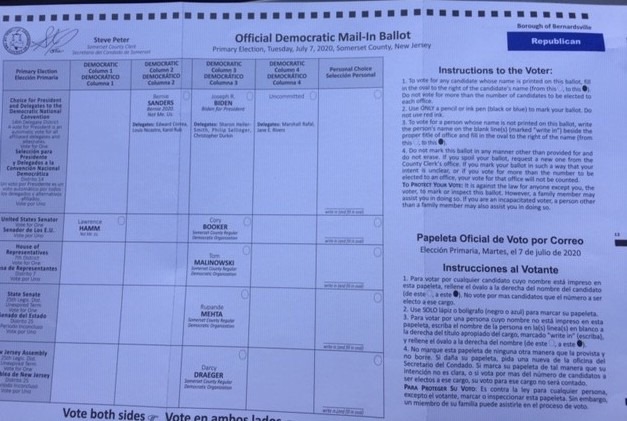 In strongly-Republican Bernardsville, as many as 700 registered GOP’ers reportedly received Democrat ballots instead of Republican ones. The story was first reported by News12.

Delivery mishaps and allegations of mass fraud plagued local vote-by-mail elections earlier this spring. For example, 19% of the ballots cast in Paterson were invalidated by officials.

The Murphy Administration promised limited in-person voting for the upcoming July 7th primary election, rescheduled from June due to COVID-19, but scant details have been provided to date.