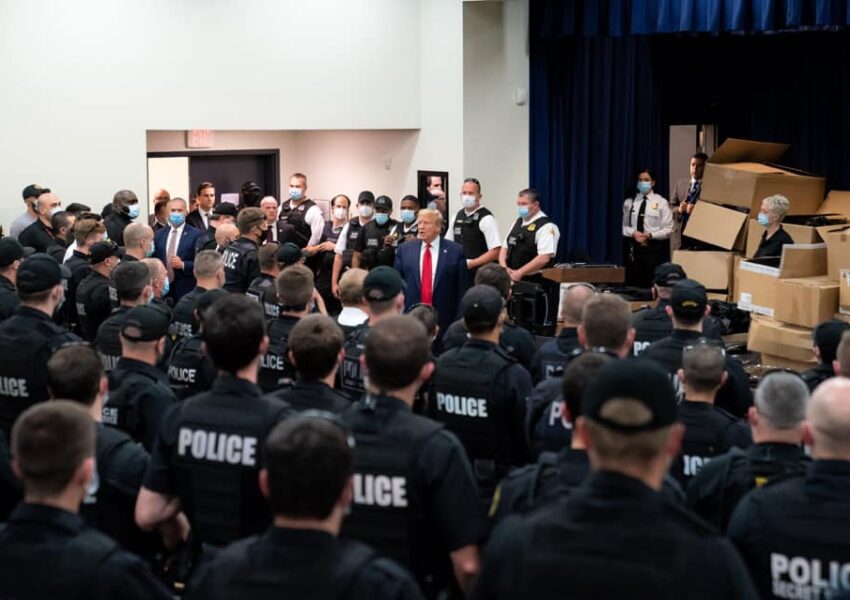 While many politicians are ignoring the cries of the people who are being victimized by violent criminals and supporting policies to defund and eliminate police departments, President Trump has heard their cries for help. He’s offering genuine criminal justice reform designed to protect the people without hindering the police who are trying to protect and serve the public.

As a retired Police Lieutenant with 30 years’ experience, I have heard for decades politicians who promise minorities safe streets, safe neighborhoods, and safe schools. Today, I hear the same music, but with different musicians. No help came to these communities then, and help will not come now if it is left up to Congress to solve the problems we are facing today.

While Democrats in Congress are trying to create committees and commissions to study the problems we are facing today, President Trump is taking concrete action to begin the process of restoring law and order via the time-tested, proactive community policing approach to law enforcement.

And while Congress is interviewing expert after expert during lengthy hearings, President Trump is busy calling and speaking with the most important people we need to hear from: the victims of crime and the police officers called to protect and serve them.

Under enhanced community policing, one of several ways to bring the police and community together is to establish several partnerships involving stakeholders from all sides — police officers, residents, business owners, and everyone else who is part of the fabric of a community.

In the 1990s, as president of the New Jersey Community Police Officers Association, I worked with the Montclair, New Jersey Police Department in partnership with several business, school, civic, and religious organizations to create community policing programs in neighborhoods that were being negatively affected by criminal elements.

Also, as a Nutley, New Jersey Police Sergeant, I was assigned to supervise our department’s community policing programs that won the praise of the New Jersey Department of Criminal Justice.

Montclair Police Chief Tom Russo, Nutley Police Chief Robert De Litta, and I created programs designed to prevent crime and build a positive relationship between the police and the people.

One program we created was a Police School Partnership, under which uniformed officers would visit the schools and interact with the students during breaks, showing children from a young age that police officers are not to be feared, but rather should be viewed as friends.

Another program replaced reactive policing with proactive policing. Officers were required to park their police cars and physically walk through neighborhoods while on patrol, fostering personal interactions with the people who lived and worked in their sector.

There were more programs we implemented, as well, and all of them strengthened the relationship between the police and the people.

In Montclair, Police Chief Russo implemented a “whole city community policing approach” in order to solve the problems residents in this specific area of the city were facing, emulating an approach first implemented by Chief Robert De Litta in Nutley when he reached out to a church attended by African Americans. The pastor and church leaders welcomed the chief and invited police officers to speak about use of force policies and the needs of minorities, fostering a relationship that ultimately proved beneficial for everybody.

In my capacity as President of the New Jersey Community Police Officers Association, I put the call out to cops all over the state to help the Montclair Police Department and local residents reclaim their neighborhoods. Nearly a hundred cops from several New Jersey police departments as well as the NYPD generously volunteered their own time to work in partnership with residents in those neighborhoods.

Instead of wearing our uniforms and coming with traditional police equipment, we came with hammers, nails, paint, rakes, and other tools to restore homes that were in great need of repair. 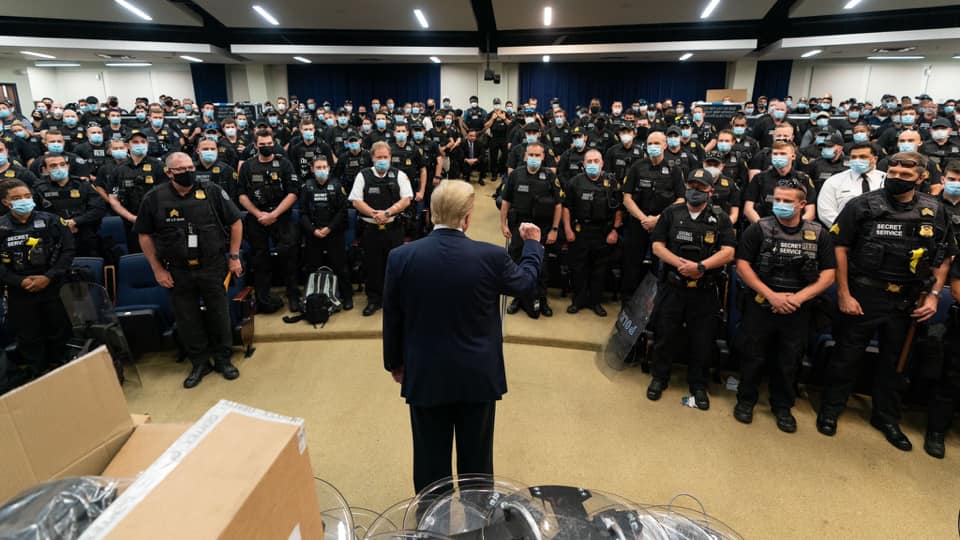 Residents opened their arms and their hearts to these police officers, and a church opened its doors to provide food and water to everyone who put their hand to the plough. At the end of the day, flowers replaced weeds, abandoned buildings were replaced with clean, empty lots ready for new construction, and the bad actors who used to hang around the neighborhood were replaced with uniformed police officers acting as a deterrent to crime.

Significantly, we included clergy in all of our programs, and in some cases requested that police departments appoint local clergy as Police Chaplains, giving them an office at police headquarters for cops to visit when in need of spiritual guidance. Local clergy know their communities, and this allowed them to get to know local police officers on the same personal level. This was a great way to open up positive lines of communication between the police and the people.

These programs demonstrate the effectiveness of building trust between the police and the people through community policing programs.

President Trump is listening to the people, the police, clergy, and many other community leaders — and he has opened his heart, soul, and spirit to the sort of effective policing programs that will build positive police community relations for many years to come.

Steven Rogers is a retired U.S. Navy intelligence officer and a former member of the FBI National Joint Terrorism Task Force. He is a member of the Donald J. Trump for President 2020 Campaign Advisory Board.

Steven Rogers is a retired U.S. Navy intelligence officer and a former member of the FBI National Joint Terrorism Task Force. He is a member of the Donald J. Trump for President 2020 Campaign Advisory Board. Read Full
More posts by the Author »